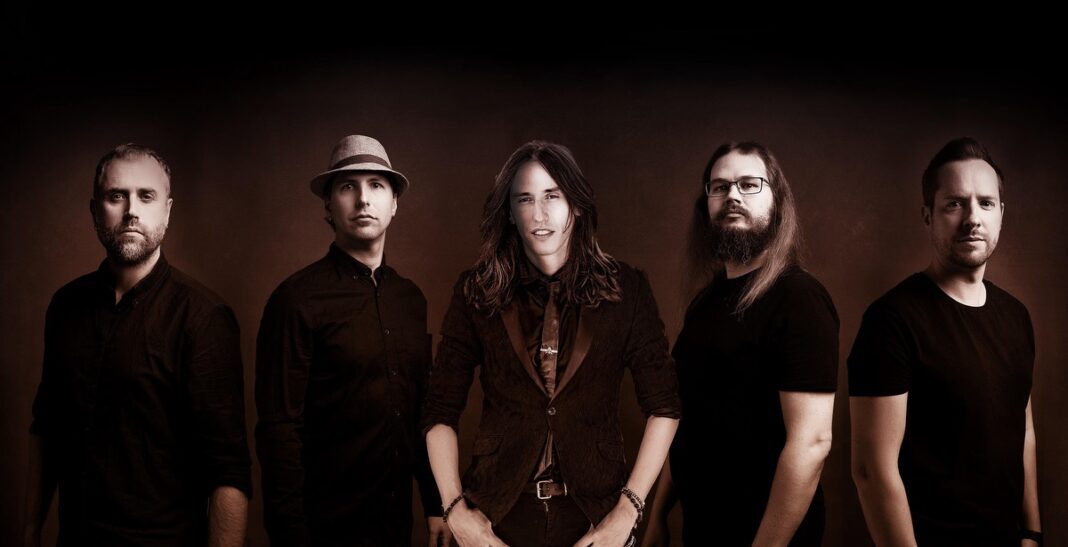 Frontiers Music Srl is thrilled to announce the upcoming release of the debut full-length album by Swedish rock band Cap Outrun. ‘High On Deception’ is a distinctive record filled with playful odd time signatures and interesting harmonies, yet never loses its core of strong melodies and an exceptional groove. Out on 10th December, an opening salvo from the record is available from today in the form of a single and video for its title track.

“It feels great to work with Frontiers and I’m anxious to hear what fans of the label will say about our album,” states guitarist Andrée Theander. “Ever since Mr. Big, who are one of my all time favourite bands, released their ‘What If’ record, I’ve been following the releases on Frontiers and I’m both impressed and grateful for what they’re doing for the rock music scene today. I’m thrilled about joining them with Cap Outrun and everybody in the band is very excited about this!”

The writing and production process for the album was a collaboration between founding members Theander and keyboard player Erik Gafvelin Wiss, albeit the latter is now focusing on production work. His replacement is André Egbo, while vocalist Chandler Mogel, bassist Linus ‘Mr. Gul’ Abrahamson and drummer Johan Ludvig Rask complete the line-up.

The band’s influences range from progressive rock bands such as their compatriots Kaipa and Karmakanic, to legendary US acts like Toto and Boston, while some have even mentioned the far poppier fellow Swedes Dirty Loops (maybe something to do with a recent collaboration with members of that band by Abrahamson?).

Cap Outrun formed in 2007 when Theander and Wiss met at university on a music production course and started writing together, resulting in a self-released debut EP the following year entitled ‘Influence Grind’. With complex time signatures and unexpected song structures, it nevertheless contained memorable melodies and pop-flavoured choruses and perfectly blended rock, metal and jazz while also making them a name to drop in the underground prog scene.

Upon graduating from university the duo decided to embark on separate careers but stayed in touch. Theander has been a session player, guitar teacher and has his own AOR/Westcoast project named Theander Expression, while Wiss built a studio and has been producing and mixing records by bands such as Creye, Cruzh and Arctic Rain, all of whom are signed to Frontiers. Cap Outrun has essentially been on hiatus since that debut EP…until now!