BAND OF THE DAY: BECAH 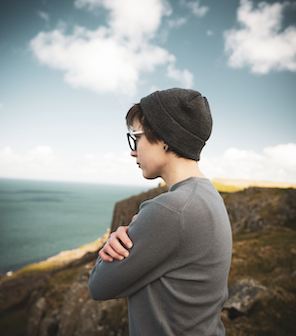 Lurgan based indie alternative artist BECAH is releasing a stunning single and accompanying video ‘Reminders’ on Aug 12th. The second single from her upcoming debut EP ‘Freak’, due out later this year, Reminders uses BECAH’s hypnotically tender vocal, backed up by electronic synths, electric guitar and vulnerable lyrics to tell of her experiences, digging deep and drawing into those darker parts of us we like to keep hidden away.

About the song BECAH says “I wrote ‘Reminders’ in the aftermath of a very toxic relationship with a past girlfriend. The coinciding music video, filmed by Chris McCann and directed by John Dynes and Chris McCann, presents a glimpse into that story – the good times I had with her in the beginning, to its violent turn. The lyrics speak of the struggle I had to feel like myself again, and how all my attempts to push away all the little details and memories of that time felt futile.”

Having cultivated her art playing the local scene over the last number of years, BECAH has in that time secured support slots for renowned acts including that of Aslan, The Four of Us, and Brian Kennedy, most recently playing on the same bill as Brian Houston, Sam Wickens and Amy Montgomery. With inspiration drawn from the likes of Jeff Buckley and MUSE, BECAH has found her own unique sound – with a hypnotically tender vocal backed up by loud electronic synths and electric guitar. Lyrically vulnerable, BECAH sings of her life experiences, digging deep and drawing into those darker parts of us we like to keep hidden away.