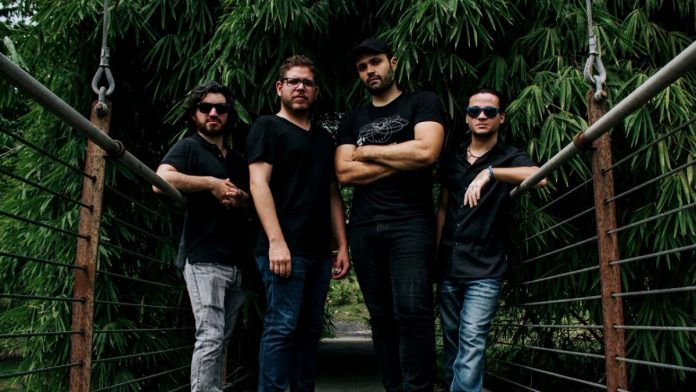 Having started as a one-man project by Christian Ayala, AVANDRA were born from hurricane-fuelled strife, and now becoming one of the scene’s breakout acts. Given their humble origins, AVANDRA were never meant to play live. However, after releasing the band’s first record, Tymora, demand was so high that Ayala felt obligated to bring his work to life on stage in May of 2017. By the time their second show rolled around a few months, later Puerto Rico had been ravaged by Hurricane Maria. Alone in the dark, Christian wrote what became the second Avandra record, Descender.

Having gained international attention with their debut release, the band found themselves on multiple year end lists. One fan, Nelson Varas, the director of such award winning metal music culture documentaries in the Caribbean as Distorted Island, Metal Island, and Songs of Injustice, ended up writing to Blood Music about the band. Suddenly, an act with the most humble of beginnings found themselves signed to a top notch tastemaker label with the power to push them over the top. Avandra‘s hard work was starting to pay off.

2018 was a whirlwind for the fledgling prog act as they travelled to New Hampshire to record their new album with Daniel Schwartz of Astronoid, then enlisting the mastering talent of the legendary Magnus Lindberg. Featuring guest spots from current and former members of Haken, Dream Theater, and Astronoid, the band seems poised to unleash something truly different and special. In the midst of it all, they even performed a hometown show in San Juan as opener for metal legends Orphaned Land. From out of the storm’s wreckage, Avandra have spent over a year preparing this stunning sophomore release, and shall soon come forth and unleash prog metal mayhem.

Tour dates to be announced soon.