BAND OF THE DAY: APE SHIFTER 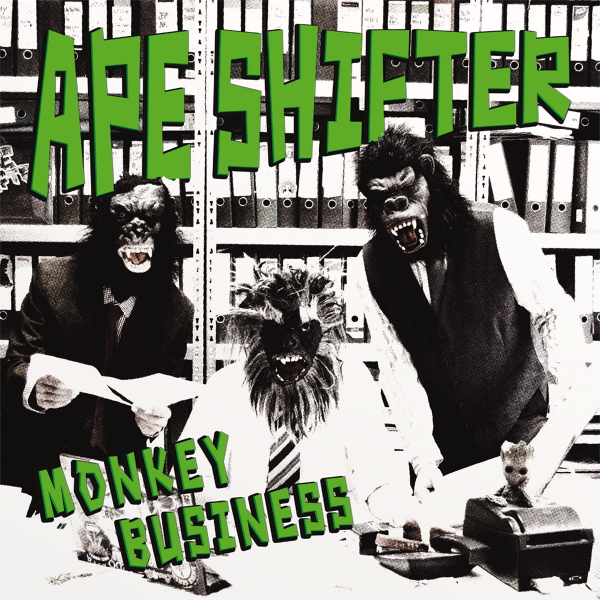 From rockin’ 70’s riffs played with punk rock ferocity to creeping metal grooves and all out bashers, APE SHIFTER gives new meaning to intense simian instrumental rock from the nasty pits of the Hellabrunn Zoo.

Born on Friday the 13th in Washington, D.C. and raised in Laurel, Maryland, Jeff Aug is a cool underground guitarist who lives at the foothills of the Alps in Southern Germany for the last 20+ years. He has toured with Allan Holdsworth, Soft Machine, Greg Howe, Stu Hamm, Albert Lee, and has performed shows with Jawbox, Shudder To Think, and Ice-T & Bodycount with his old band. He’s worked with John Stabb from Government Issue, has been touring and recording with Anne Clark for the last 20+ years, and has been touring as a solo guitarist for the last 25+ years. Jeff can also be heard on the Atari Teenage Riot album “Is This Hyperreal?” (Dim Mak Records / Digital Hardcore Records). Jeff is also a Guinness™ world record holder, setting the world record for the “most concerts performed in different countries in 24 hours” twice (2009, 2012). Filling out the line-up is bass virtuoso Florian Walter from the band Less and drummer Kurty Münch known for his stint in the German punk band Rotting Carcass.

Watch the “Mind of You” video: https://youtu.be/4BjeSzLDVAI