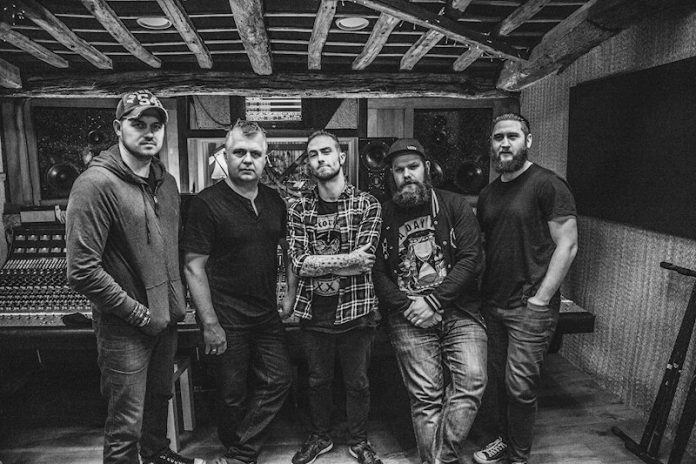 Seeking to continue the broad-shouldered and durable sound of the late 1980’s & early 1990’s, sensational British hard rock quintet 10. GAUGE are poised to unleash their slick and heavy-set debut EP RAIN’S COMIN’, due for public release on 18th June 2018.

Based on the outskirts of North London, 10. GAUGE mark the occasion with the release of their cool rock ballad ‘Hand You’re Dealt’ as a video single. The track will become available for download from 28th May 2018.

Sharing a stylistic palette with modern alternative hitters Black Stone Cherry (and with a hint of Alter Bridge’s arena rock sound), the chunky riff-riot of ‘Hand You’re Dealt’ sees vocalist Rob Jewson equip the same vocal grit given to Appetite for Destruction by Axl Rose, and has the makings of a true summertime favourite.

On the creative direction of Rain’s Comin’, the band remarks;

”We wanted to give a positive twist to the concept of approaching rain. Sometimes a deluge is needed to eliminate the old and replace it with the new. Rain washes away the dirt and brings vitality, freshness and, of course, life. This is an idea we wanted to capture in our debut EP”

”We have five songs, written five years ago — five quarters, no cents, five in the eye: it’s a collection of five hard-hitting belters that will get people to take notice!”

Previous article
KATAKLYSM: RIGHT SIDE OF THE TRACKS
Next article
BTBAM READY FOR PART 2