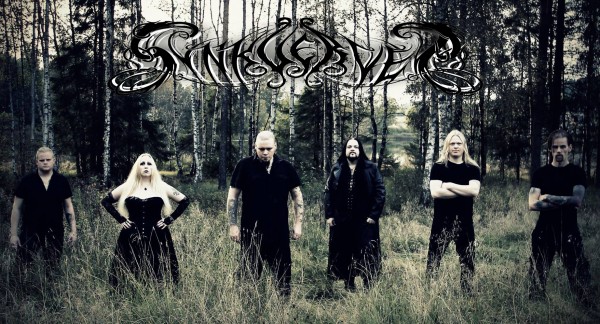 Synkvervet from Norway, started out as a one-man studio project by Ingemar in the fall of 2011.

The name means illusion and comes from the Old Norse sagas. Originally Synkvervet was supposed to be a pure instrumental project, but it didn’t take long before he realized that the project needed vocals.

Not being much of a vocalist, he called in his friend and band colleague Truls. Together they created the mysterious, trollish and aggressive folk sound that is SYNKVERVET. They released Synkvervet’s debut album(Vår Avmakt) in the winter of 2013. A few months later Truls and Ingemar started working on a new album.

They decided to bring in a drummer and a guitar player. The decision fell on Rino and Espen. With the new sound that Ingemar created, it opened new doors to inspiration for Synkvervet. During the recording of the new album, Christina and Niclas was invited as guest vocalists on a few tracks. Later they became permanent members of Synkvervet. The band now consists of six permanent members.