BAND OF THE DAY: VAN ROCKMAN 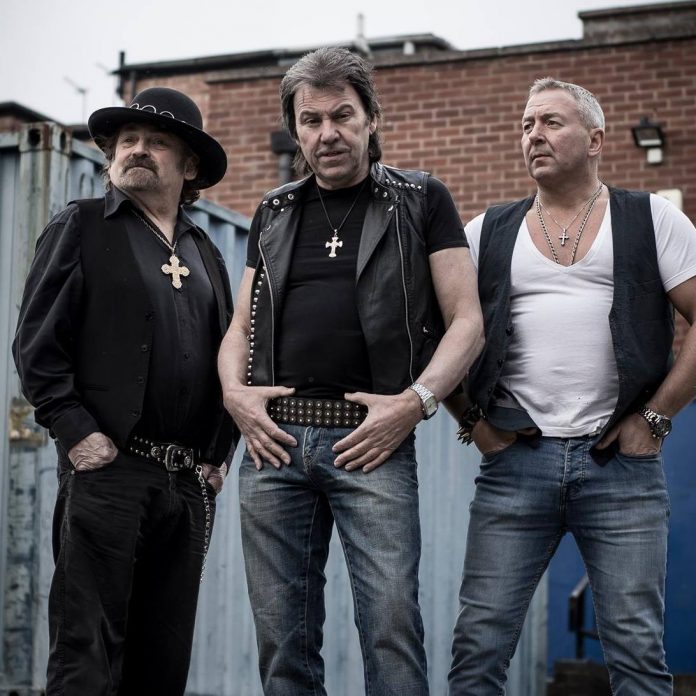 All the songs were written between 1969 – 1974 and EMI went to see the band play at The Railway, Curzon Street, Birmingham. They liked what they saw and asked for a demo. Later, the band went to the EMI H.Q and they said “we know who you are but the A&R guys haven’t sent the tape”.

These were the days when time, effort and expense meant re-recording the demo was too daunting a task for a fledgling rock band and Van Rockman’s chance was gone.

42 years later, Tim was helping his mum move home and discovered a studio backup copy of the original demo tape in her attic – hence the name ‘The Lost Tapes”.

With the discovery of this tape, Tim pulled the original members back together so they could finally record the album.

Back in the day, Van Rockman supported Spencer Davies, The Troggs and had the pleasure of meeting Mick Jagger whilst at Wembley.

The current single is very close to their hearts, especially for Tim as his Mother’s health isn’t too good at the moment. The inspiration for this song is quite clear..

As Tim’s Mum would always say to him: “I’ll See You In My Dreams”