BAND OF THE DAY: BLIND HAZE 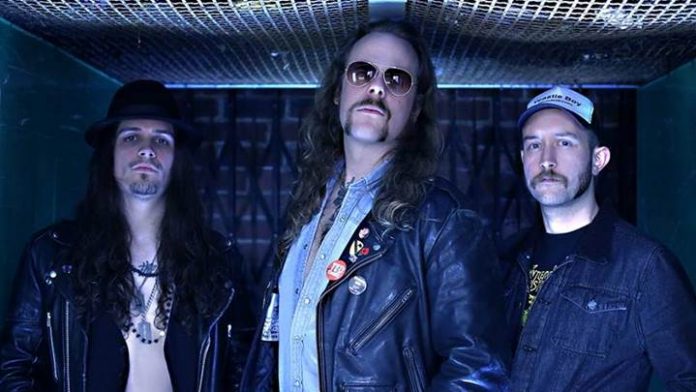 Blind Haze is a 3-piece band with old values and a powerhouse sound to match. The trio was formed by Robert ‘Conan’ Threapleton (of Gentleman’s Pistols fame) in 2014 with Jason Hope (of BongCauldron) on drums and Joe Clements (of RedEye Revival) on guitars. The band started writing original material inspired by the heavy metal Gods of the late 70’s/ early 80’s (Budgie, Tank, Venom, Motorhead etc.)

In 2015 Blind Haze released their debut EP, “The Quick or the Damned” and later that year made their first appearance at Bloodstock Open Air Festival.

In 2016 Joe Clements was replaced by John Nicholson (of Pist). In early 2017 the three recorded five tracks at Vibrations Studios in Huddersfield, the results of which were released by APF Records on 31st July 2017 as “The Bastard EP”. In August Blind Haze made their second appearance at Bloodstock Festival, playing the Sophie Lancaster stage on the Sunday afternoon.

Now in 2018 Blind Haze introduces its new line-up with a fresh single, “Snow Queen”.Robert “Conan” Threapleton is now joined by Nicky Jefferson on guitar and Ben Bowers on drums as the band kicks off another busy gigging schedule. Expect a new Blind Haze album later this year.