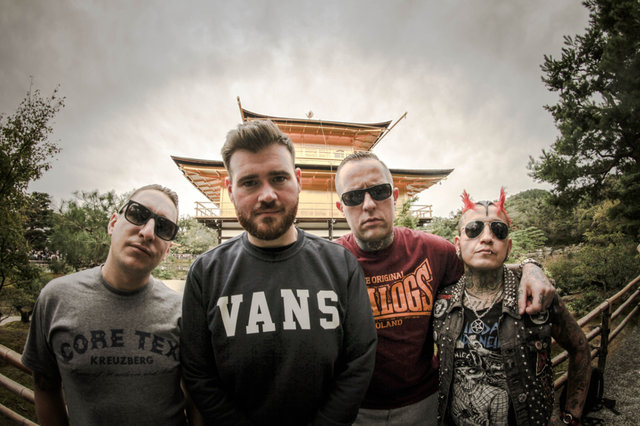 Shot in London by the bands own Frank Pellegrino (with some assistance) it features actress Peyvand Sadeghia it’s another heartfelt BOOZE & GLORY song up there with the likes of “Carry On”, “Simple” and “Blood From a Stone”.

See “Back On Track” here:

Having recently returned from a brilliant tour of Japan they head out to Brazil for three dates as special guest of Dropkick Murphys.

Then touring in France, Poland and Germany awaits. Includes four German shows (Booze & Glory supported by Giuda). Then in December a string of big shows supporting The Broilers on their German tour. Also an odd one off show visit to in Borneo, Indonesia is planned towards the end of the year.

Lots of other touring plans are underway for first part of 2018 when band will take on new corners of the world.

The fourth chapter has only just started! Much more new content to come  in the new BOOZE & GLORY story – as the band is going from strength to strength. Day by day. Territory by territory!

Connect with BOOZE & GLORY online at: