Babymetal Are The Karate Kids 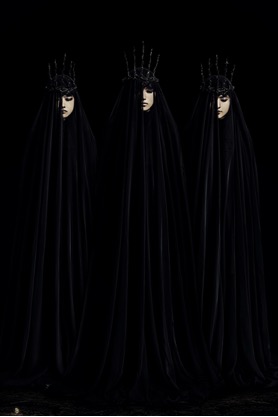 BABYMETAL’s latest single ‘KARATE’ –  which was last month premiered on Radio One’s Annie Mac show before being made available as an iTunes Instant Grat track – now has an accompanying video,  the first to be released from the band’s forthcoming ‘METAL RESISTANCE’ album, released via EarMUSIC on April 1st aka FOX DAY.

Named after the ancient Japanese Martial Art, ‘KARATE’ is themed on fighting on in the face of adversity and difficult situations, pushing on through hard times and never giving up no matter how hard it might seem. The accompanying video encapsulates this perfectly, with Su-Metal, Yuimetal andMoametal facing off against some mysterious masked and robed foes, who show them that the only people who could ever stop them are the girls themselves.

BABYMETAL will kick off the “BABYMETAL WORLD TOUR 2016” with a headline show at the world-famous Wembley Arena, UK on Saturday, April 2nd, making history by becoming the first Japanese artist to headline the legendary venue. Their World Tour will come to an end back in Japan at the legendary TOKYO DOME.

Previous article
Into The Void With Moonsorrow
Next article
Diamond Geezers