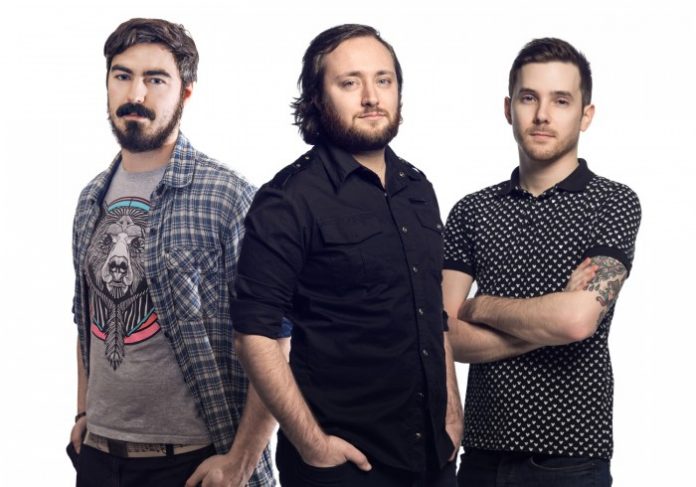 DOUBLE EXPERIENCE returned this spring with their third studio album entitled “Unsaved Progress” out as of April 8th via their label Colfax Music. Taking the next step from their previous album – initially released exclusively on collectible trading cards, the band utilize classic video-game inspired artwork and packaging. Teaming up with Idobi Radio, the Ottawa based trio are now streaming the album in full at the following link below in celebration of the release.

“Video games are the new standard in modern story telling, and Unsaved Progress is very much the story of everything that inspired our band to persevere through the challenges we faced in making this album. ” comments guitarist Brock Tinsley.

The album was brought to life with the help of Al Jacob and Kit Walters (HE IS LEGEND) at Warrior Sound in Chapel Hill, North Carolina.

Prior to the creation of “Unsaved Progress”, Double Experience were busy performing across 15 countries, playing everywhere from video game museums to tattoo conventions as well as showcases at Canadian Music Week and Indie Week Canada. Their adventures have been supported by international radio, festivals and television alike, culminating with an entire nerd-rock exposé and performance on Global TV in Canada.