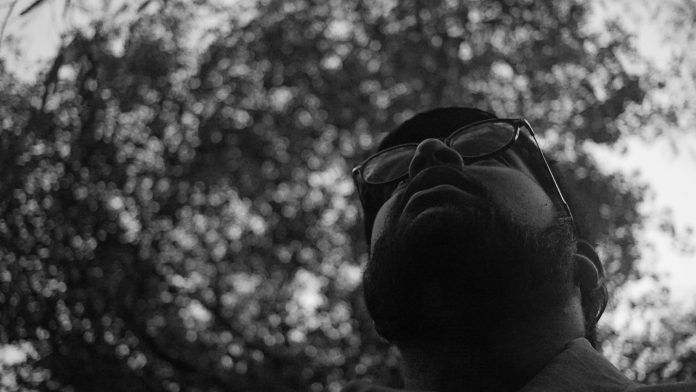 Be. Our. Guest. Three words that resonate with millions of people as the soundtrack to a Disney favourite, encompassing the collaboration of a multitude of beings from candlesticks, to clocks, to humans, to create music that leaves an impact for years to come. Yet delve deeper and we see allegorical themes of Stockholm Syndrome, alternate universes, and living with depression in a society that promotes false positivity. Translate this into the progressive rock world, and here we have our own version of a soundtrack much akin to that of a Disney film. This work is sure to pique the interest of those who are seeking a collaborative work that demonstrates beauty across different cultures, and yet comes seamlessly together in their efforts to create something of an emotive musical journey that has a darker side.

Headed up by the mastermind Yatin Srivastava, an Indian composer who has finally brought his ideas to life through the means of his debut offering ‘Chaos // Despair”, the debut full length album from The Yatin Srivastava Project that features some very special guests is set for a May 25th 2018 release.

A record that has been in the making for almost two years, it showcases the first instance of a personalised sound the band can call its own.

Yatin has just launched a new single from the album called ‘Alive’ via Prog Magazine and says this about the track: “Alive was the first song that sounded good enough to be on the record. We wanted that first riff to be the first thing people hear. I imagined the musical content of the song being set in this concept of an apocalyptic world, a heavy but imaginable representation of what the brutality of that would be. But when the lyrics came in, it represented more of a warning signal. A reminder of how things are. For this song we had Kunal Singh, the main voice behind the first EP to come up and sing because the bounce and groove of the song really complemented his up-front vocal style. Further, the song also introduces you to the first chapter of the ‘Chaos’ side of the record and that’s what it portrays through it’s heavy grooves, in your face choruses and dissonant instrumental sections.”

‘Chaos // Despair’ is divided into two broad themes, showcasing each theme through a series of 3 songs. The content of the record mostly deals with Yatin’s experiences through the last three years and beyond. More so in detail, the songs deal with themes of political disarray, religious fear­-mongering, war, loss, the lack of inter­personal connection, battles related to mental health and personal strifes through the two themes of ‘Chaos’ and ‘Despair’. Further elaboration of the tracks will come in due time as his story unfolds.

Textured and celestial soundscapes, emotionally charged vocal melodies and wholesome riffs combine together to create a collection of tracks that portray the vision of Yatin and friends, and what he has created to express his thoughts and fears about the modern day world we live in.

Whilst most of the record has been produced and engineered by Yatin himself in various make­shift studios, the band decided to record the drums at Plug n’ Play Studios with none other than musician­ extraordinaire Anindo Bose (founding member of Indian Fusion Band ‘Advaita’) to ensure a high quality product. This is the first time the band has entered the studio along with another producer/engineer guiding the process.

Mixed by Yatin himself, the album has been mastered by Ermin Hamidovic (Periphery, Devin Townsend Project, Architects, SikTh) who is known for his credible work in the Progressive Metal genre worldwide. The sonically diverse record’s goal is to make the listener think, and possibly continue the conversation about things that are usually not talked about in society today, not only in their local communities, but universally. Yatin hopes to inspire a continuation of worldwide collaboration to make the world a better place, and his journey has only just begun.