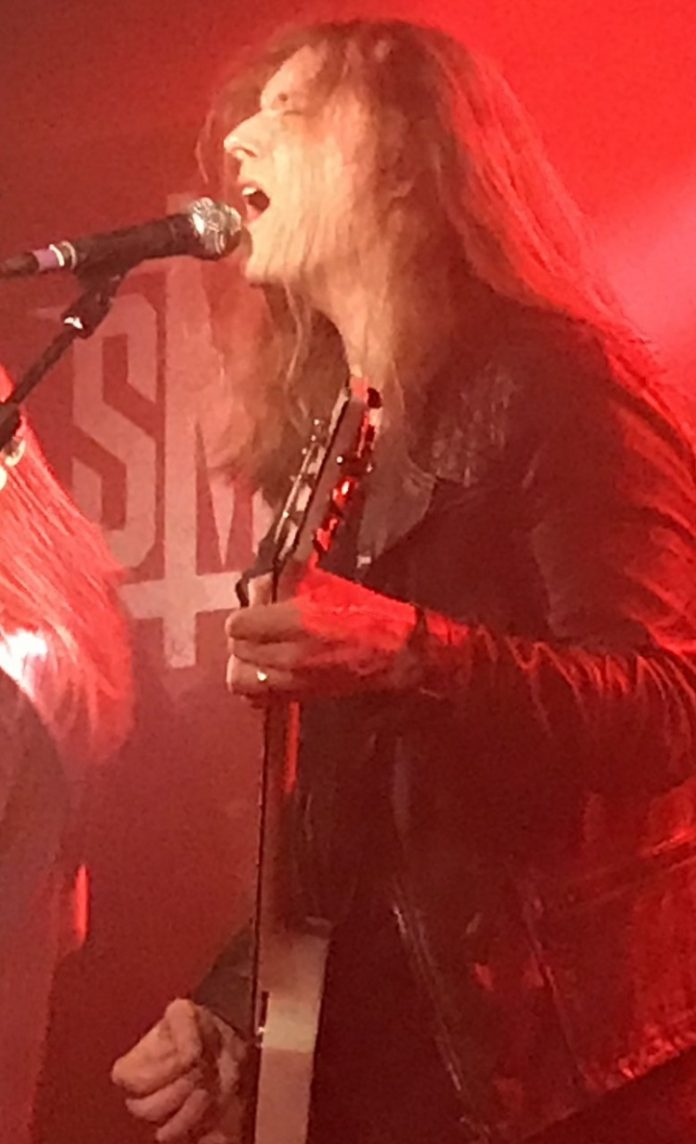 All change seems to have been the mantra for The Raven Age recently. Singer Michael Burrough left last year, as did founder member Dan Wright. In their places have come Tony Maue on guitar, with Matt James leaving The Wild Lies to take over as frontman. Leaving the more melodic band behind seems to suit James, who makes his presence felt throughout. Indeed, the new song they play, “Surrogate” is most definitely from the heavier end of their material, in fact you’d say it may be the heaviest thing they’ve got. Whether this is a portent of what is to come, we’ll need to wait and see. What is clear, though, is the material from their debut record is still as good a year on as it was when “Darkness Will Rise” came out and prompted us on these pages to pose the question as to whether they were the best new British Metal band? Stuff like “The Merciful One” renders that question a little bit pointless given that it is a perfect blend of the modern and the classic, while “Salem’s Fate” is a traditional fist in the air thing. And although they’ve been together a little longer than you might think, The Raven Age are still in the gaining experience stage. Each show that goes by though – and especially with a revamped line up – they get a little closer to being the band they always promised to be. 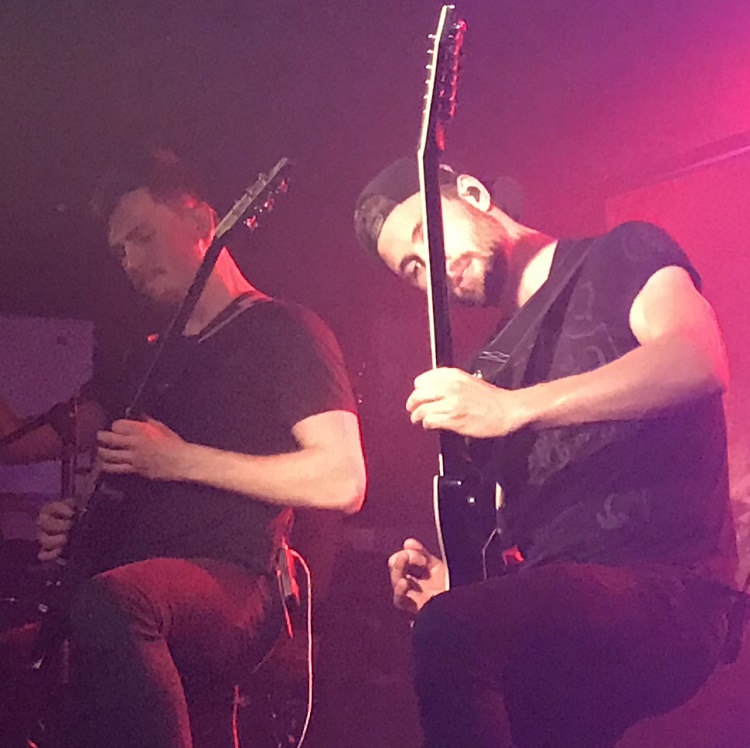 Not for nothing, do you suspect, does AC/DC’s “Long Way To The Top (If You Wanna Rock N Roll)” play before Savage Messiah come out onstage. For over a decade now, Dave Silver has been at the helm of the band.  Their fourth album “Hands Of Fate” last year was an absolute triumph and yet – there’s no easy way to say this – the Wednesday night crowd in Birmingham is, well a Wednesday night crowd. Not huge and not loud, Silver later jokes (at least it seemed like a joke) that it was like a bad date.

Their 75 minute set is heavy on newer material – and heavy in general – as “Blood Red Road” (“…. Fate”s high point) kicks off, “Solar Corona” follows soon after as they essentially alternate between their 2017 record and “The Fateful Dark” from a few years previously. The latter giving us “Hellblazer” and “Scavengers Of Mercy”, which has a real malevolent intent,  in a knockout 1-2 towards the middle of the set.

There’s a solo almost to mark the centrepiece, and the home stretch – literally perhaps given this is Silver’s birthplace (“I moved to London, which is a little bit better”, he smiles) – includes the superb “In Thought Alone”, with its Maiden-isms, “Hands Of Fate” itself which seems to have Olympic sized bollocks and 2“oldie “All Seeing I” and “Out Of Time” co-written, says Silver, with “a guy from Tesla”. There are blank looks – clearly this crowd didn’t spend their teenage years playing “Psychotic Supper” like MV did!

After “Minority Of One” they afford themselves an encore. “Iconacaust” was one of the best moments on “…Dark” and is so again here too, before “Wing And A Prayer” brings things right up to date again.

Savage Messiah seem reinvigorated musically and they are up there with the best of the metal bands on these shores. Have they enjoyed nights more than they enjoyed this one? In truth probably yes, but did that stop them showing yet again that they have class in abundance, a brilliant new record and a fine back catalogue. Absolutely not. If it was a like a date, then it was definitely a right swiper to use Tinder parlance, because Savage Messiah are superb. If ever a band deserved to be huge this is the one.