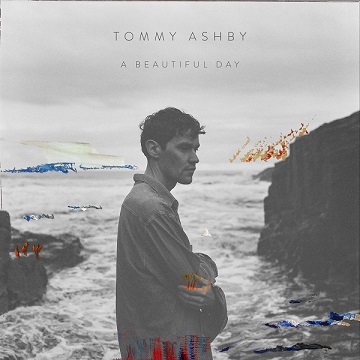 ‘A Beautiful Day’ embraces Tommy’s Scottish folk roots. An indisputable energy shines through, from the twangy trajectory of the mandolin to the buoyant guitar rhythms that dance around layers of shimmering harmonies.
Tommy said about the song “‘A Beautiful Day’ describes how your memories can change in the remembering. Your recollection of a beautiful day changes over time, some details fall away and others come more sharply into focus. I also wanted to show how experiences are shaped by your mental state at the time. For example, the final verse describes rain on concrete, which wouldn’t be a classically beautiful scene. But the words and music that envelop the scene mean that it is remembered wistfully. The verses describe snapshots of beautiful days, which is often how I remember things. My mind is definitely more of a camera than a video recorder.

I grew up playing in a ceilidh band and singing the songs of Robert Burns. But I always felt that being a genuine traditional Scottish folk artist was something else that I couldn’t grasp, it was an intimidating world. Any time I tried, I became overwhelmed by imposter syndrome. However, Ive realised that Scottish trad music is a part of my musical identity, something I shouldn’t shy away from. I’ve always loved it so if it seeps into my music, then I should welcome it rather than trying to ignore or remove it. You can hear folk influences on a beautiful day – the chorus came out of a fiddle tune I was noodling around with on my mandolin. I thought the tune really captured the joyous feel of the lyrics.

Tommy’s creative energy and songwriting have always drawn inspiration from the countryside. Originally from the Scottish borders, the artist grew up writing and playing music in the wilds of Scotland. Following a short stint in London, Tommy swapped a one-bed flat for the big skies, reed beds and sunsets of rural Suffolk where he found himself writing about relationships with family and friends, along with a sense of place and its significance.

Tommy released his previous EP ‘Lay Low’ in 2021 following his ‘Blood Wolf Moon’ EP in July 2020. Releases to date have grown Tommy’s profile to over 370,000 monthly listeners on Spotify and received widespread media support across the UK from the likes of Atwood, Clash, Scotland On Sunday, Spindle, Louder than War, Folk Radio UK and The Scottish Sun as well as Fearne Cotton, Radio 2 and amassed over 15 million streams online.

Tommy is regularly featured in Spotify editorial and enjoyed major global syncs on Love Island, Riviera, Greys Anatomy and Silent Witness. The final track from the ‘Lay Low’ EP, ‘Happy Just To Know’, was also chosen by Dutch supermarket PLUS as the sync to their major television advertising campaign.

Tommy has toured with the likes of Luke Sital-Singh, Jamie Lawson, Tom Speight and Nina Nesbitt and continues to keep fans entertained via live streaming performances. Tommy is set to play Live at Leeds festival in October and join Turin Brakes on their November UK tour.