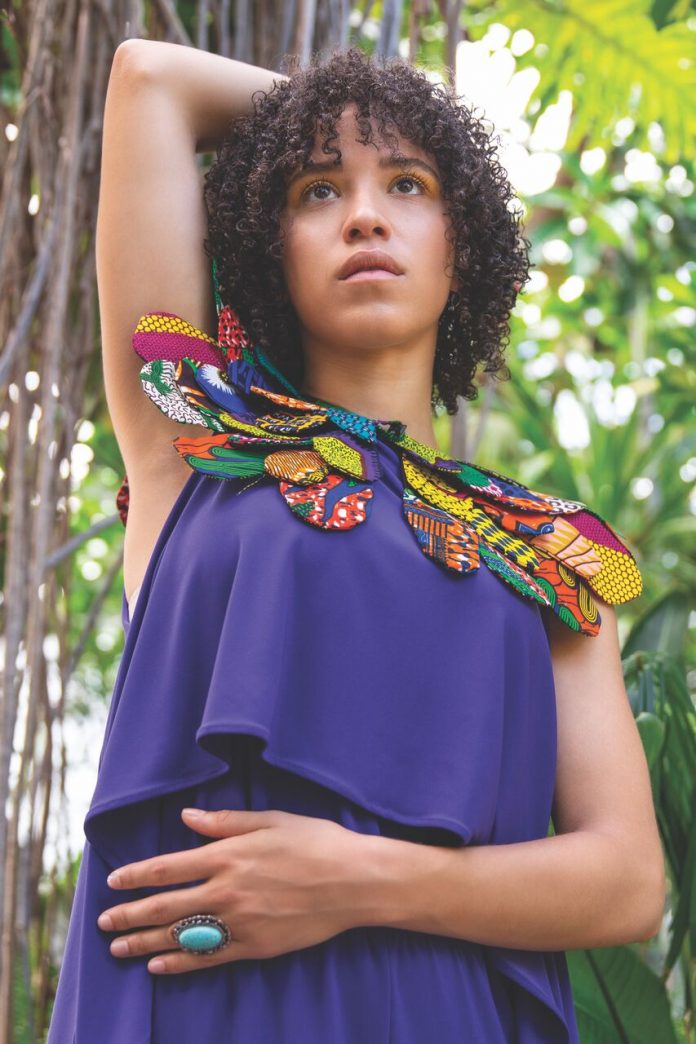 Known for her prowess as a songwriter and tradition bearer who performs with “the skill of a folk-circuit veteran” (Rolling Stone), Grenadian-Canadian artist Kaia Kater took a decidedly different direction for her new album, Grenades. What started out as a search to discover the roots of her identity became a physical and emotional exploration of history, in particular her paternal ancestry, and has led to bold new heights of imagination and creative expression.

Her father Deno grew up in Grenada, fleeing to Canada in 1986 as part young speakers program, after the U.S. invasion. His voice can be heard recounting those events during the album’s interludes — a way for the Canadian songwriter to tie her present with his past, in order to understand our current global climate of war, unease, immigration, and displacement. Kater revisits the past in songs like “La Misère” and “Grenades”; touches on the present in “Canyonland” and “New Colossus”; and looks to the future in “Poets Be Buried.”

As Kater explored multiple facets of her identity, so did she explore varying facets of her sound. She partnered with producer Erin Costelo to create a musical aesthetic that pulled from more than just the Appalachian influences of her past musical efforts. Artists like Aoife O’Donovan and Daniel Lanois figured prominently in the artistic vision.

“I play acoustic guitar on the record, and the title track doesn’t have banjo in it, so we knew it would be different right off the bat,” Kater says. “We anchored a lot of the sound with guitar player Christine Bougie (Bahamas, Good Lovelies). I knew I wanted Christine on the record, and we built the sound from there.”

It’s a sound that starts in Grenada, moves through America, and travels into Quebec. It’s the sound of an artist forging a new path into the future, while holding her history close. Grenades tells stories of courage and uncertainty; it is an odyssey reflecting on the nature of personal identity, memory, family — and how sometimes a person must travel across the world to find out where their home is.