ARTIST OF THE DAY – JOSEPHINE ONIYAMA 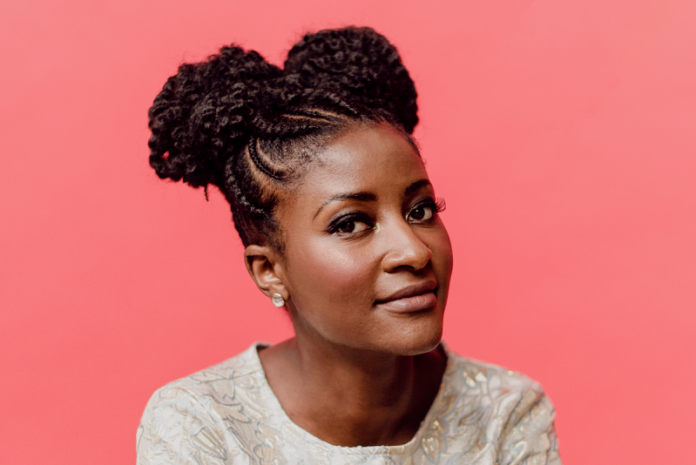 ‘Tears Will Never Be Mine’ is the first single to be taken from a forthcoming EP entitled ‘Human’ to be released in late July by the soulful singer-songwriter Josephine Oniyama, who was born in Manchester but is now based in Liverpool.

The song adds a strident electronic bounce to Oniyama’s previous output, reflecting her exploration in recent years of varied and diverse sounds; a period in which she has not only listened to powerful female artists such as Grace Jones, Lana Del Rey, Joanna Newsome and Alison Krauss, but has also rediscovered earlier influences like Ali Farka Touré, Bob Marley, Sister Rosetta Tharpe, Joni Mitchell and Bob Dylan, all of whom had been inspirations when learning how to play guitar in her teens.

She describes ‘Tears Will Never Be Mine’ as “a call to self-forgiveness and self-healing, as a way to be better to ourselves and others. Moving on from mistakes and being kind to our hearts. The ethereal electro feel is new territory and when the chorus kicks in the beat and the strings give foundation to the elevation possible when healing happens and you’ve worked out of trauma and pain to a place of freedom and hope.”

Other songs included on the EP are “about finding the things that link us together, rather than what divides us. Being kind and accepting, positive and brave. There seem to be more barriers than ever going up between each of us, so it’s great to have put together something that celebrates bonds.”

The EP will be followed in the autumn by Oniyama’s third album, her long-awaited follow-up to 2012’s ‘Portrait’, which was issued to stunning reviews across the UK media. Praised for its fusion of folk, soul and jazz, songs from it were A-listed at BBC Radio 2, while there was further playlist support from 6 Music, XFM and Jazz FM. Oniyama also performed on Later With Jools Holland, The Andrew Marr Show, Saturday Night Live (Ireland) and a number of mainland European TV shows, while two extensive headlining tours were further backed up with appearances at major festivals (Glastonbury, Latitude, T In The Park, Electric Picnic) and high profile slots with Paloma Faith, Madeleine Peyroux, Michael Kiwanuka and Paolo Nutini.

The praise for ‘Portrait’ also saw Oniyama recognised by a diverse selection of her peers, leading to collaborations in the mid-2010’s with Travis (with whom she recorded the song ‘Idlewild’) and jazz producer/trumpeter Matthew Halsall (she co-wrote three songs for his acclaimed ‘Into Forever’ album). More recently, she was commissioned to create two live scores for the launch of HOME, the Manchester international contemporary arts centre: ‘Celluloid History Songs’ was a set of new songs written to accompany silent footage from the North West Film Archive, and the centenary of the classic occult documentary ‘Haxan: Witchcraft Through The Ages’ was given an ambitious new score by Oniyama and students from the University of Salford. Fusing song-based and electro-acoustic sounds, it has further expanded her creative ideas and skills as a songwriter, arranger and sound artist.

Oniyama has also spent time earning an MA degree in English and became a mother while writing and recording her new EP and album.