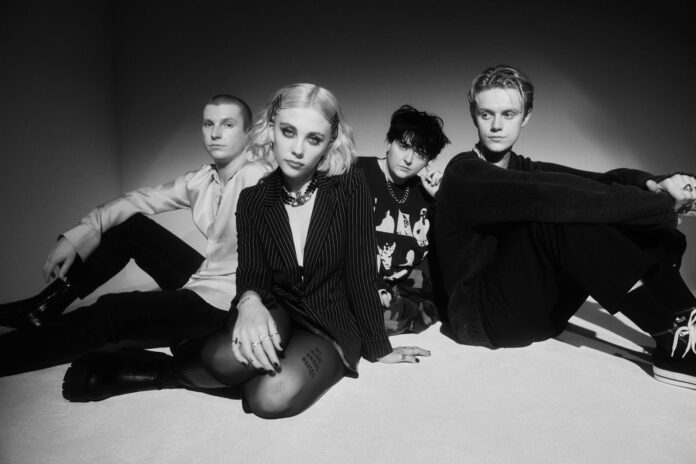 PALE WAVES have released REASONS TO LIVE, the second single to be taken from their forthcoming new album UNWANTED, due for release on 12 August via Dirty Hit. The new single was premiered on Apple Music’s New Music Daily and follows the album’s lead single LIES.

Born from a defining period of self-discovery, Reasons To Live embraces the intimate themes of the band’s third full length release, pairing some of Pale Waves’ most personal lyricism to date with the addictive nature of 2000s pop punk and the unapologetic rage of a 90s rock band.

“Reasons To Live is about a time when I felt truly drained and incapable of happiness,” explains frontwoman Heather Baron-Gracie, “then I found someone who showed me a reason to live.”

Pale Waves have been on a personal and artistic journey since the release of their debut album My Mind Makes Noises in 2018. These experiences have begun to inform their songs in recent years and are what jump to the fore on Unwanted. “It’s bold and unapologetic, and that’s what the Pale Waves community is about. We don’t need to fit a perfect mould, we don’t need to apologise for being ourselves, and we won’t change for anyone. That acceptance is what connects us.”

Recorded in Los Angeles with producer Zakk Cervini, whose credits read like a who’s who of alt-rock royalty – from Blink 182 and Modern Baseball to Halsey and Machine Gun Kelly – Unwanted is a record that reaches out into the passionate community of misfits and LGBTQI fans around the band, tapping into darker emotions than ever before whilst also striking a fresh tone of defiance.

Pale Waves will follow a packed summer of UK festival appearances with their biggest UK headline tour date in November. Beginning with a hometown date at Manchester Albert Hall, the tour will culminate with a show at London O2 Brixton Academy. Tickets available now from: https://palewaves.co.uk/live/