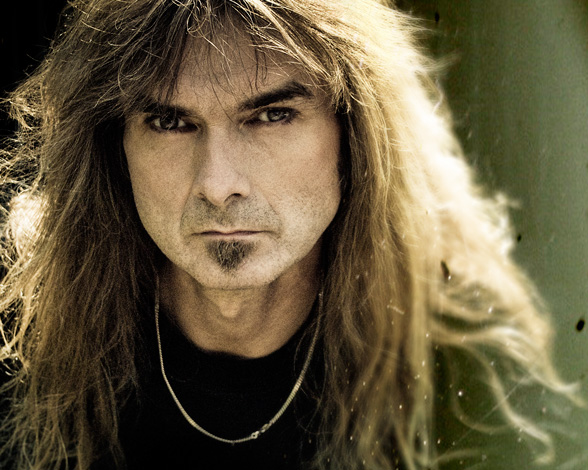 Arjen Lucassen has never been afraid to follow his instincts. He’s always allowed his creativity to guide him, never worrying about the possible consequences. This was already evident during the 1980’s, when he was a member of the successful Dutch hard rock band Vengeance. It became even clearer in the decade that followed, when he embarked on a series of rock operas under the Ayreon moniker. Much to everyone’s surprise (including his own), each epic rock opera that Arjen has unleashed upon the world has become an international success. His work with Ayreon has also inspired an entire new generation of composers to bring the art form of the rock opera back to life.

Arjen’s unwillingness to bow to trends and outside expectations is once again apparent in On This Perfect Day, the first album from his new project Guilt Machine,now released on vinyl. On this release, he departs from the over-the-top complexity of Ayreon in favor of the simplicity of a relatively small line-up. Rather than putting together an ensemble cast of vocalists, Arjen recruited Jasper Steverlinck, singer of the Belgian alternative rock band Arid, as the sole vocalist of Guilt Machine. The talents of Chris Maitland (ex-Porcupine Tree) were enlisted for the drum parts. Arjen’s partner and manager Lori Linstruth supplied the guitar solos. The rest of the instruments were played by Arjen himself, who also sings backing vocals.

Artistically, Guilt Machine is a deeply personal statement reflecting years of emotional turmoil. “The past few years have been quite rough for me, following the end of a long-term relationship,” says Arjen Lucassen. “This dark period left its mark: I was depressed for quite some time. On top of that, I lost my sense of smell and taste; it’s a condition called anosmia.” Laughing, he continues, “Although some people might say I never had any taste to begin with!”

“Depression is something I’ve also struggled with for most of my life,” adds Lori Linstruth. “Since Arjen and I had both recently been through severe depressions, it’s only natural that the concept behind Guilt Machine evolved from that. I’m interested in psychology and how the mind works, and at one point came across a scientific study examining the role of automatic feelings of guilt in depression. It’s as if the depressive mindset is like a machine, incessantly and automatically manufacturing feelings of guilt – whether they’re justified or not. So there we had it: a theme…and a band name!”

Arjen appointed Lori as lyricist for Guilt Machine, something that came about more-or-less by accident. “I wanted to record some guide vocals on the demos that I was working on,” Arjen explains, “so I asked Lori to write some. A couple of hours later she showed me what she’d written, and I was blown away. It was just what I wanted for this project: real-world, emotional imagery that suggests a story but still leaves room for interpretation. I knew immediately that I could never equal this, let alone improve it, so I asked her to write all the lyrics. I’m much better at writing about creatures from outer space anyway!”

In the aftermath of his 2007 Ayreon album 01011001, which involved recording a cast of no less than seventeen singers, Arjen was ready for a much smaller-scale project. “Zero-One was a logistic and financial nightmare,” he recalls with a laugh. “That’s why I wanted to keep On This Perfect Day on a manageable scale. Working with a small group of people also provided a welcome new challenge. People sometimes tell me how hard they think it must be to write parts for the huge cast of vocalists on an Ayreon release. Actually it’s easy: I can choose vocalists who are specialized for each particular emotion that I want to express. But for Guilt Machine I had to find one singer who could cover the entire range of feelings and emotions, and who was versatile enough to keep things interesting until the last song.”

During the long and relentless search for a vocalist, Arjen’s fans supplied numerous suggestions, all of which were unsuitable. But then Arjen finally received an email from a fan suggesting  Jasper Steverlinck of the Belgian alternative rock band Arid. As Arjen recalls, “I listened to some Arid songs on their Myspace, and knew immediately that Jasper had the kind of voice I was looking for. He’s got an incredibly broad range and his delivery is full of emotion. He also has perfect pronunciation, which is really important to me. I eventually went to see an Arid gig and was blown away by the sheer power of his voice. I knew I’d found the perfect singer for Guilt Machine, and took steps to find out if Jasper would be interested.”

Initially, Jasper wasn’t sure what to make of the sudden interest from the tall Dutchman. As Jasper explains, “I listened to some of his earlier records and didn’t know what to think of it — it was not the kind of music I was familiar with. It was only after a long phone call with Arjen that I became truly interested. I clearly recognized that with Arjen it’s all about the music. Music is his passion. It also turned out that we shared a good deal of common musical ground: Pink Floyd, Radiohead and Muse. I also have been a long-time Iron Maiden fan. When I heard that Bruce Dickinson had sung on one of Arjen’s albums, I knew it was inevitable: I had to participate in this adventure!

On This Perfect Day features drums by Chris Maitland. It is the first time that Arjen Lucassen has worked with this musician from the UK. “Compared to most of my previous work, the music of Guilt Machine is more introspective and quiet. That’s why I wanted to record this album with a drummer that could hit hard when needed, but who would also be able to deal with subtle passages. During his years with Porcupine Tree, Chris had proved to be such a versatile drummer. He certainly delivered the goods with Guilt Machine.”

The number of musicians and singers was kept small, yet numerous voices can still be heard on the album in the form of spoken audio messages from fans from all over the world. “I wanted to add something special, something that would stretch beyond the music itself” Arjen explains. “We considered lots of ways to bring the fans into the project, and finally settled on the idea of using short audio messages on the album. Lori devised ways to collect the recordings via the web, email, or phone, and then asked the fans to record their thoughts on guilt, anger, fear and other strong emotions, all in their own native languages.”

As Lori describes it, “The response was overwhelming. We received around 200 messages, from all countries imaginable. Of course, we had to make a selection, choosing nineteen messages for inclusion on the official album. It was heartbreaking to have to choose; I wish we could have included all of them. To offer at least a little bit of compensation we put many extra messages as possible on one of the tracks on the bonus CD of On This Perfect Day.”

Arjen is proud of On This Perfect Day, calling it his best and most precious side project so far, and is hopeful that listeners will feel the same. “I realize that Guilt Machine marks a brand new chapter in my career. How will people respond? Part of me is anxious about what people will think; it even keeps me awake at night sometimes. Another part of me is very confident, though. The songs, the production, the lyrics and the performances – I really wouldn’t know where to improve the album. But the most important thing is that it all comes straight from the heart. This is a brutally honest album. I hope that there’s an audience out there somewhere who will recognize that immediately.”