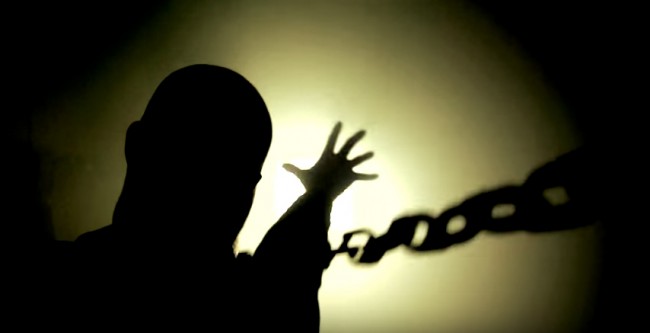 Xerath man on the latest video from UK Deathsters

Late 2013 saw UK death thrashers make waves with the release of their second album At First Light but with things slowing down late last year the band have struck yet again out of the blue with a premiere of a brand new music video, ‘The Thirst’, taken from the album.

Featuring guest vocals from Richard Thomson of UK’s tech metal giants Xerath, ‘The Thirst’ was directed by Tom Bohan and shot in a warehouse deep in Manchester by a group of his film students. The final edit is brought to you by Jo Brook.

Vocalist and bass player Al Llewellyn comments, “We previously worked with Tom on ‘The Storm’ (watch it here) and were really impressed with the results so he and his crew seemed the natural choice to work with on this new video!”

Al continues, “As the cycle of At First Light wound down late last year, our plan was to release a video for every track on the album while we start focusing on ideas for album three! ‘The Thirst’ was the next natural choice to put into video form, it has more of our melodic side in it and Rich does a sterling job at making lots of noise over our riffs! It was great fun to film and to meet back up to riff it out since recording with him in the studio!”

At First Light was released via Hostile Media and gained the band mass attention from the media. Hailed as “…something special, different and brilliant…” and, “the start of something very big!” by Metal Rules, Kerrang Magazine said, “Arceye play fresh thrash on their own terms”, while Metal Hammer added, “The entire band seem to be firing on all cylinders!!!”