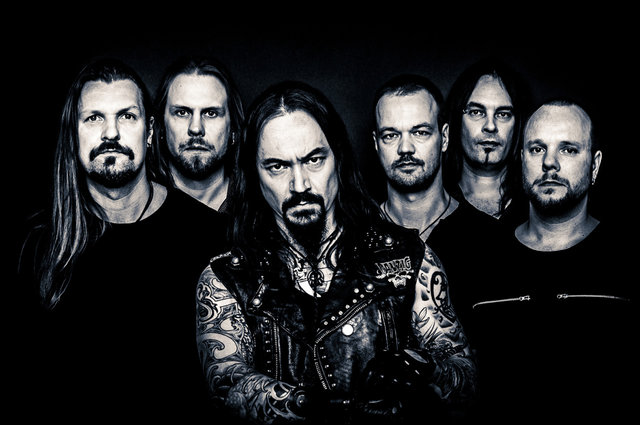 Finnish masters of melancholic progressive metal, AMORPHIS, have premièred the official video for ‘The Four Wise Ones’ online. The track is taken from the band’s recently released album Under The Red Cloud and can be viewed here:

Esa Holopainen commented on the video and tour: “Splendid! Under The Red Cloud tour hits the lands of Robin Hood, Classic Rock, Haggis, Football and Pubs. Good guess, Finnish savages Amorphis are playing glorious shows across beautiful UK and Ireland between March 18th – March 25th. Looking forward for these dates as we got such good feedback from the show that we did supporting Nightwish at Wembley Arena. Check out our latest video from Four Wise Ones on Prog’s website. It’s filmed in Amsterdam during the tour with Nightwish and Arch Enemy at the end of 2015.”

Amorphis are about to embark on an epic EU / UK tour, which kicks off on March 4th. The band will hitting UK shores on March 18th with label mates Textures supporting. See below for the dates:

Order Under The Red Cloud on Limited Edition Digipack CD, Standard CD or Double Vinylfrom Recordstore.co.uk to receive a hand signed insert with your order:  http://bit.ly/REDSIGNED