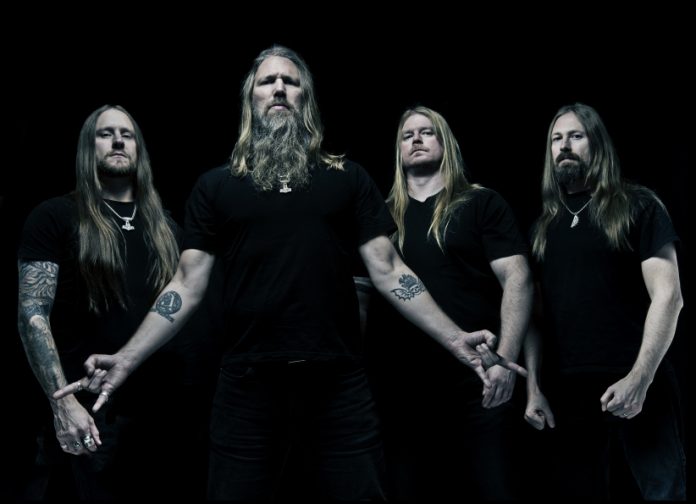 And they want to film it

Swedish heavy metal goliaths AMON AMARTH are inviting their fans around the globe to be a part of their forthcoming video for new song ‘Raise Your Horns’.

The video will include live clips of the band performing in multiple countries – including footage from the sold out album launch show at the Underworld in London last month – plus fans from all over raising their horns to Amon Amarth!

Do you have a wall plastered with Amon Amarth and other metal posters? Did you just attend a live show or are you going to one soon? Send the band in video clips of you and your friends raising your horns for a chance to be included in the video. Clips should be e-mailed to raiseyourhornsvideo@gmail.com. YouTube links should include #RaiseYourHorns in the title. Submissions are requested to be sent in by May 27th, 2016 and the finished result should be viewable in June! The band return to the UK this June to perform at the Download Festival.

Currently on tour with fellow Swedes Entombed A.D. and young USA metal upstarts Exmortus, Amon Amarth recently released their new album, Jomsviking, to critical acclaim and a plethora of their highest chart positions ever. Jomsviking – the band’s first concept record in their storied career – tells a tragic, original tale of conflict and revenge, backed by the Swedes’ trademark melodic, anthemic metal, which was produced and mixed once again by Andy Sneap (Megadeth, Testament, Accept).  To purchase or preview Jomsviking, visit amonamarth.com, where the record is available in various formats, and the videos for “At Dawn’s First Light” and “First Kill” can be viewed.