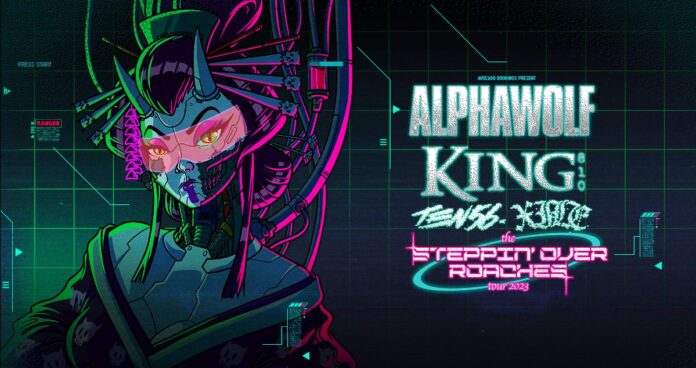 Australian metalcore outfit ALPHA WOLF have announced their first & long-awaited headline tour of Europe & the UK. The five-piece will be joined by King 810, Ten56 & Xile when they take over the continent in April 2023. Scroll down to check out the dates!

Alpha Wolf shares “It has been a dream of ours to headline over in Europe & the UK, 2023 is the year we make that a reality. Since our first tour over in Europe in 2018 it has been one of our favourite places to play, and the UK has always felt like a second home to us, so to finally get to headline over there is really special to us. We’ll be bringing the longest set we have ever played on that side of the world with us, plus some bands that we absolutely love, King 810, Ten56 and our NZ brothers in Xile. See you at a show!”