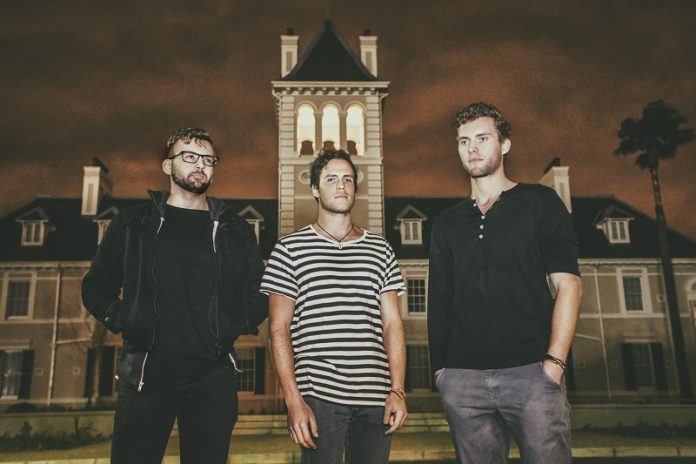 Cape Town rockers unleash epic debut track
South African alternative rockers Caelo have announced the release of their debut single All You Need for Friday 9th September. The breakneck new single showcases fuzzed-up riffs and grunge-pop hooks and marks the arrival of a hugely talented new rock band.
Since forming in mid-2014, Caelo have been busy making a name for themselves on the fertile Cape Town music scene. Initially an experimental two-piece, frontman Joel Bronner and drummer Michael Dickens soon expanded their ranks to include guitarist-turned-bassist Mat Winfield and developed a sonic blueprint influenced by shapeshifting rock heroes like Biffy Clyro, Sonic Youth & Muse. The trio’s knack for dextrous guitar work is balanced by an ear for singalong melodies that means their pummelling rock comes sugar-coated with pop choruses that quickly stick in the brain. Drawing on punk, pop, math-rock & metal, All You Need is an instant anthem that will sound equally at home in a festival field or sweaty rock club.
Caelo will be playing shows in support of the new single.
For more info, head to caeloband.com