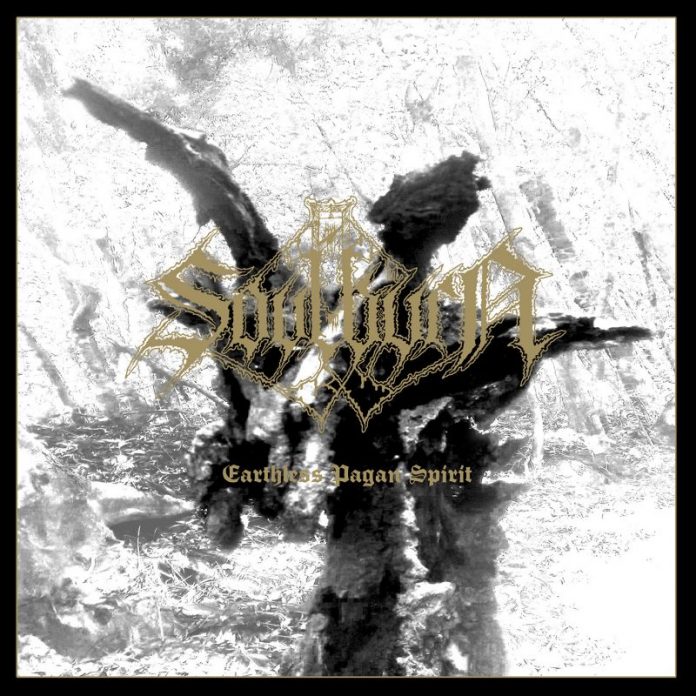 Dutch blackened Death Doom Metallers SOULBURN have announced the completion of their new, third studio album release, to be entitled “Earthless Pagan Spirit”, for a release on November 18th, 2016 via Century Media Records.

Following up on 2014’s effort ‘The Suffocating Darkness’, the new album was recorded in The Netherlands at Harrow Studio as well as Double Noise Studio and then mixed and mastered by Magnus “Devo” Andersson at Endarker Studio Sweden (Marduk, Ofermod, etc.).

SOULBURN vocalist & bass-player and Twan van Geel checked in with the following comment on the upcoming release: “SOULBURN’s “Earthless Pagan Spirit” marks the band’s third full-length album since the 1996 debut album “Feeding On Angels”. As people often say about a band’s third album is that it should show the bands ‘true’ face. Well, “Earthless Pagan Spirit” melts the rough elements of the past in perfect balance with the corrosive taste of the new. Showing a band who have set out a delicate blend of old-school breathing Black Metal that strengthens its venom with a poisonous twist of Doom and Death Metal. Where its predecessor “The Suffocating Darkness” already wandered, “Earthless Pagan Spirit” sets its sails further down the blackest of seas. Lyrically “Earthless Pagan Spirit” is breathing a Nietzschean storm upon this narrow minded religious plague this world is infested by. A serpent’s tongue spreading fear to some, yet a glorified temptation to others. Those who read between the lines may illuminate in its satanic glare and find new meaning in them.”

Earthless: Beyond this world
Pagan: Beyond god
Spirit: At one with the cosmic foreverness

SOULBURN have announced a few selected live-shows for the coming months, commencing this weekend (Sunday, September 4th) at Turock Open Air in Essen, Germany. Here is a list of the band’s upcoming dates:

Originally SOULBURN emerged after a first demise of Dutch death metal legend Asphyx in the mid 90’s, when founding members Eric Daniels (guitars) and Bob Bagchus (drums) looked for a seperate outlet to unleash their mutual obsession with Bathory, Venom and Celtic Frost. After a demo and the cult “Feeding On Angels” debut album via Century Media Records in 1998, which featured Wannes Gubbels (Pentacle) on vocals/bass, SOULBURN were put to rest when Asphyx returned with “On The Wings Of Inferno” (2000) with the same line-up. SOULBURN was dead, buried, but not forgotten…as they resurfaced 16 years in their new line-up featuring the core of Eric Daniels (guitars) and Bob Bagchus (drums), teaming up with Twan van Geel (Flesh Made Sin, Legion Of The Damned) as vocalist/bassist and Remco Kreft (Grand Supreme Blood Court, Nailgun Massacre, Xenomorph) as second guitarist for the release of “The Suffocating Darkness”.