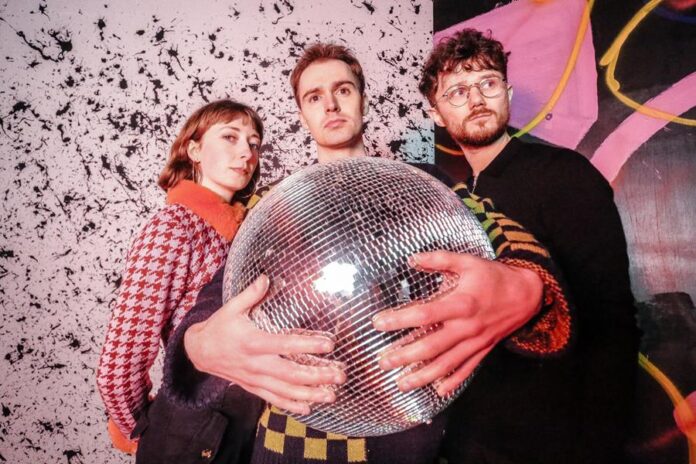 The much-tipped Regressive Left return today with news of their signing to new tastemaker label Bad Vibrations, born from the revered live promoters of the same name, and that their debut EP, “On The Wrong Side Of History”, is set for release on July 15th.

The Luton trio also share their first new material of the year with the DFA-flavoured “Bad Faith”, featuring a vocal contribution from Manchester’s experimental-pop act Mandy, Indiana – quoting French psychoanalyst Octave Mannoni’s paradoxical mechanism: “Je sais bien, mais quand même.” In other words: “I know very well, but even so…” – and picking up the ascent exactly where earlier singles left off, placing wry social commentary and dancefloor ambition right at their front and center.

Front-man Simon Tyrie says the following about the themes behind the track:

“This song essentially focuses on the idea of deliberately assuming the worst of someone or something they’ve said or done. Social media has really amplified this trend: everyone has to have a take. So we read between the lines and make wild accusations on the faintest of evidence. It’s something of an art, but one that I think is ultimately detrimental to society.”

Already chalking up a strong live reputation, the band have toured in support of BODEGA and Folly Group in 2022 already, and today announce their first ever headlining dates.