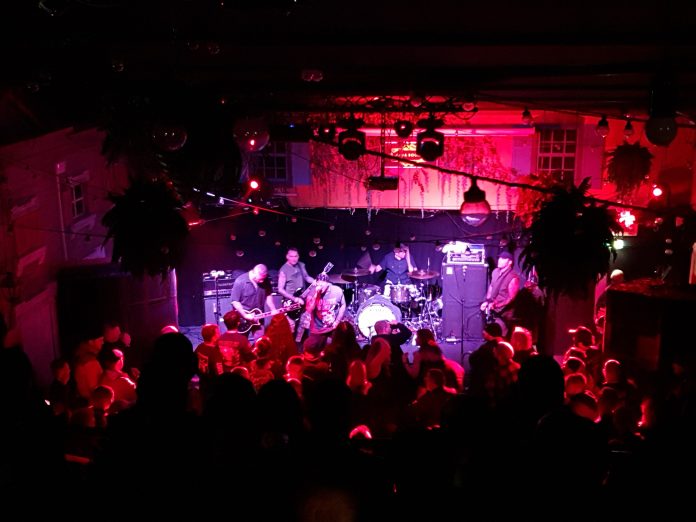 To call The Take “steeped” in punk rock is an understatement of the size of calling Boris Johnson a bit of a liar. Drummer Will Shepler used to be in tonight’s headliner and Madball. Singer Scott Roberts was in Biohazard and their usual bass player Carlos has been in more Oi bands than I want to list. He’s not allowed out of the US – a Colombian national – but he’s immortalised tonight in a song called “Praying For A Miracle” about him fighting a big fella in a bar. Punk veteran Paul Stone is standing in on the four string and there is a tremendous feeling of camaraderie on stage. The Take stuck out their debut album in the summer and the likes of “Elitist” and “Tits On A Bull” showcase that as a rollicking mix of rock n roll, punk and hardcore. Ending here with a cover of Bad Religion’s “We’re Only Gonna Die (From Our Own Arrogance)” which engenders an impressive moshpit, there is a real feeling that for The Take, integrity and the music, is all that matters. 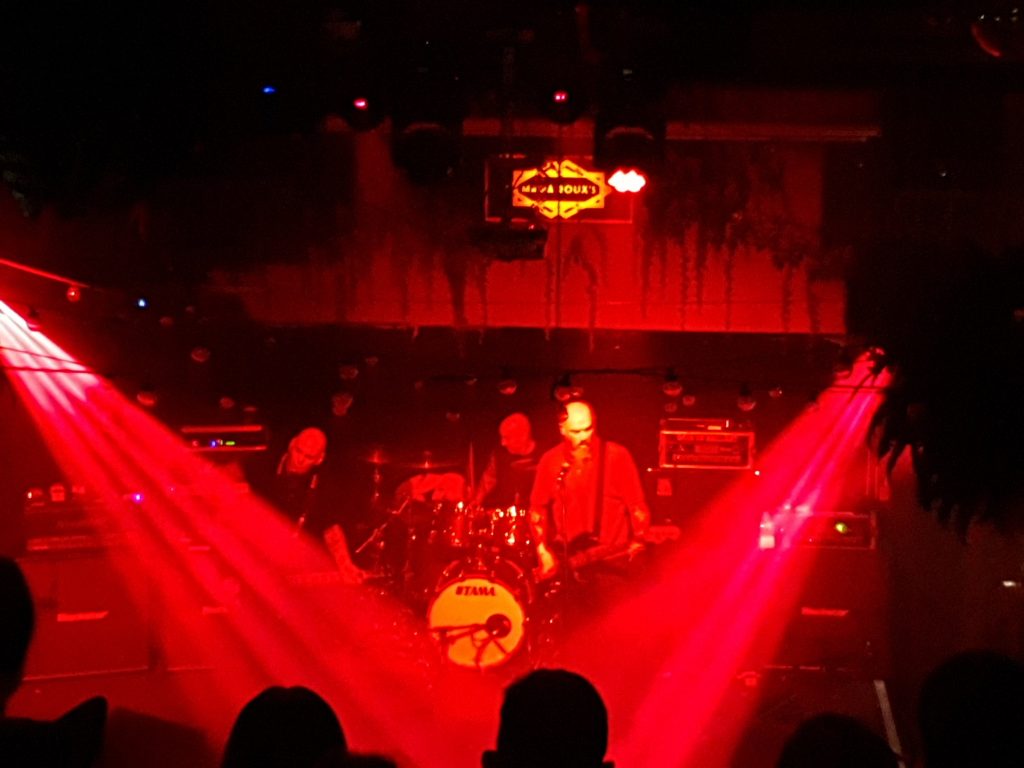 Speaking of stating the blindingly obvious….

“Welcome to the hardcore show” smiles Vinnie Stigma. The guitarist doesn’t really need to say anything, given that it is about four songs in – and you really can call them “songs” more than many bands like this – and all kinds of chaos has broken out already.

But then, Agnostic Front are in town, so that’s a given, right?

Anyway, Vinnie and Roger Miret and their current troops are in town to celebrate 35 years since their “Victim Of Pain” record, but this is not one of those formulaic “album” shows. You know the ones: band plays album in order, goes off. Does a couple of hits and waves. No, this is a celebration of not just that album, but of hardcore in general, of the brotherhood, of the vibe.

The actual songs are mighty. The band plays the instrumental “AF Stomp” from the just released “Get Loud” album, before Miret appears, but goodness me, when he does! “My Life, My Way” is the empowerment anthem to end them all. Sort of like “I Am What I Am” by Gloria Gaynor set to gang warfare, “Old New York” might opine for the old days, but this is no cloying, sentimental, “so good they named it twice” type nonsense.

AF are in full flight here. Stigma gets in the middle of a circle pit, Miret is the ringmaster of a party in which there are no outsiders. No one on the periphery. If “For My Family” could be interpreted as family being about more than blood, then “Friend Or Foe” says you’re either with us or against us – and no one dare be on the “other” side.

There is such a feeling of togetherness throughout this hour. People come and go off stage, throughout, but  “Sid The Kid” – who I swear had been stood on the middle balcony in front of me not minutes before – sings “Blind Justice” and right before they play “Gotta Go” an audience member climbs up onstage and hugs Stigma and Miret. There’s no us and them, here.

There’s a few from “Get Loud”. “Spray Painted Walls” is spat out here, and “I Remember” which felt pivotal on the album, feels like a cornerstone now, but there is a real vicious side to “Toxic Shock” and “United Strong”, and “Fascist Attitude” is – sadly – probably even more relevant today than when they wrote it.

But if tonight was a celebration then it ends with a dedication to the Ramones, and “Blitzkrieg Bop”. And this was, to all intents and purposes, a blitzkrieg raid, really.

A a kind of jubilee  of a seminal album? Well, sort of. But only in as much as you imagine that for Agnostic Front every night is a kind of carnival, a circus, that affirms of their way of life. The Godfathers of Hardcore, that’s what the film they made about them was called, right? There’s not a doubt that they are.

Previous article
YOUR BRAND NEW STEPSON
Next article
BAND OF THE DAY: THE BASKERVILLES