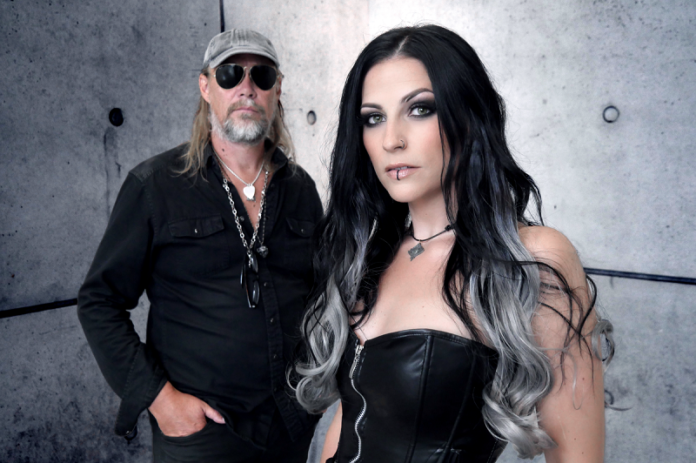 The Swedish duo of guitarist/producer Jan Åkesson and vocalist Terese Persson (Tezzi) have announced a release date for their second album together as Infinite & Divine. ‘Ascendancy’ is out on 10th February 2023, with a first single and video from it for the song ‘LARP’ available from today.

The two had originally met and combined forces in 2019, writing songs for what would become their debut album, ‘Silver Lining’ (2021), which was a superb combination of Jan’s energetic heavy riffs and Tezzi’s melodic yet powerful vocals. ‘Ascendancy’ sees them building on that template to craft an even better record that plays to their strengths.

Prior to meeting Tezzi, Jan had been lead guitarist in a number of groups before taking a step back to focus on his songwriting and production work for various other acts. He also founded StoneLake, who made several studio albums, as well as releasing an album by his solo project Shadow Rain.

Tezzi had been performed local gigs since her teens while also writing and recording her own songs, before becoming lead singer in some metal and prog bands and a backing vocalist for other artists. She appeared on ‘Fantasmagoria’, the 2013 album by Epysode (featuring Mike Lepond of Symphony X, Simone Mularoni of DGM and Tom Englund of Evergrey), while 2021 saw her partner up with four other female singers in the pop metal outfit Venus 5, whose self-titled debut album was released via Frontiers in mid-2022.

Previous article
KENNY GOT THE BLUE
Next article
SHE ROLL