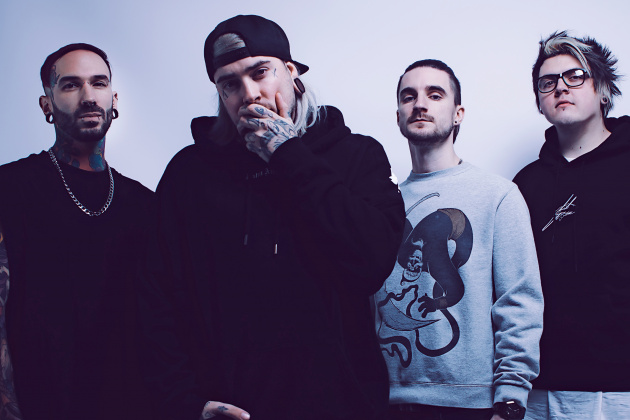 Check out the video here: https://www.youtube.com/watch?v=jUdnKV-xXNA

“We decided to approach our music video for Deluded a little differently so we could bring our fans on the journey across the world to our festival appearance in Asia and show you a little bit more behind the scenes of what makes the band tick and how we are when we’re off stage,” says the band. “We’re proud of the final outcome and cant wait for you all to see it!”

Founded in 2013 within the Midlands, with their enthralling blend of electronicore, Cabin Boy Jumped Ship took the heavy music scene by storm, transforming dance floors all over the world into pulsating moshpits. Following two EPs and their 2019-debut The Heartless – lauded by both fans and the international music press alike – they have been constantly touring around the world for years, played the UK, Europe, and even on the Philippines, and shared the stage with acts alike Electric Callboy, Deez Nutz or The Devil Wears Prada to name just a few.

Their new, critically acclaimed album Sentiments was recorded and mastered at the Innersound Studios in York, England together with the Graves brothers Sam and Joe (Asking Alexandria, Glamour of the Kill, InVisions). The album is available as gatefold coloured vinyl, limited box set and digipak at THIS LOCATION!