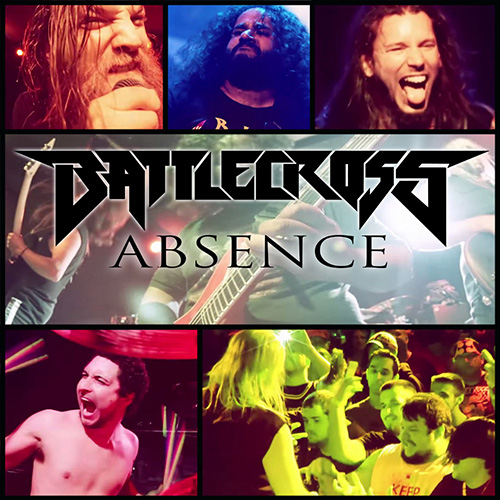 Motor City thrashers BATTLECROSS  releases their long awaited third album “Rise To Power” on August 21st via Metal Blade Records. Today the first official video from the album for the song “Absence” is available for viewing. The video was directed by David Brodsky of My Good Eye (Whitechapel, Revocation, Cannibal Corpse, GWAR). Watch the video HERE.

During the recording of the album the band shot a series of “Minisodes” documenting the recording process. Every Tuesday and Friday through the album’s release on August 21st a new “Minisode” from the series will be posted until all eight “Minisodes” have been released. Check out the latest one HERE.
Check out a stream of the scorching track “Spoiled” from “Rise To Power” HERE.

The first song from “Rise to Power“, “Not Your Slave“, is streaming atmetalblade.com/battlecross. The record was produced by Jason Suecof, and mixed/mastered by Mark Lewis at Audiohammer Studios. The cover art was completed by Hungarian artist Péter Sallai (Sabaton, Sacred Steel).

From August 21st through August 24th, BATTLECROSS will play a handful of CD release shows, before they join up with GWAR and Butcher Babies for a North American tour kicking off August 25th in Millvale, PA and wraps up September 18th in Rochester, NY. Fans can expect to hearBATTLECROSS classics and the blistering new tracks from “Rise to Power“. A complete list of dates can be found below.

A note to fans that purchased the special “Rise to Power” laminate on the band’s last tour. Make sure to redeem your code by today August 13th in order to receive your copy by next week’s release date.