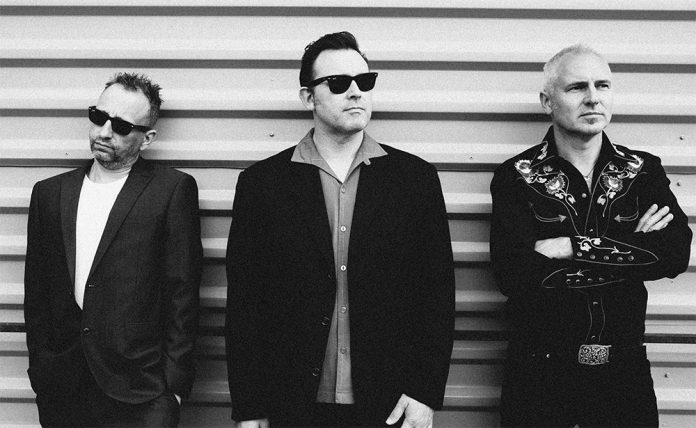 Illustrious rock‘n’roll guitarist Darrel Higham has announced details of his new solo album Hell’s Hotel to be released on May 5th, 2017 via Red Essential. The album will feature guest performances from artists including Robert Plant, Jools Holland, Imelda May, plus legendary percussionist Snowboy. Hell’s Hotel will be preceded by the first single ‘Turn Around & Go’  with UK dates soon to be announced.

Whilst adjusting to life following his separation from Imelda May in early 2015, Higham set to write and record without any plan – there was no label or management in place, just the opportunity to create with absolute freedom. With this newly found autonomy, Higham turned his own Basingstoke-based studio, Embassy Studios into a fortress of expressing life-adjustments, swinging his attention to the iconic guitarist and ever-fruitful source of influence for himself, Eddie Cochran – testament to his appreciation for the 50s guitarist, Darrel co-wrote Cochran’s first biography. The outcome of Higham’s sessions was a collection of twelve songs, written and arranged over a short period of time that captured the cathartic essence of his moving forward in life.

This fresh creative process brought about a change in Darrel’s personnel as well, recruiting new collaborators and accomplices in his mission. From the Jools Holland-featuring ‘When You Smile’ – a track inspired by Higham’s own daughter – to Snowboy’s performances on percussion scattered throughout the album. The album-closing cover of Bill Allen & The Back Beats’ ‘Please Give Me Something’ features a powerful vocal performance from Robert Plant. Plant’s vocals are flanked by Holland’s piano work and Higham’s closing display of 12-bar-blues mastery, all performed on his Gretsch Falcon 5170 guitar, squeezing every sound possible from his Peavey Delta Blues amplifier. This seals Hell’s Hotel as one of the most accomplished and powerful albums from Darrel Higham thus far.

Deeply passionate about guitar and songwriting from an early age, Darrel Higham has gone on to build an enviable musical pedigree since the 1980s when his career began. In his time as a musician Higham has fronted the last road band for his personal hero: Eddie Cochran titled The Kelly Four, performed and composed with musicians such as Jeff Beck, Shakin’ Stevens and Chrissy Hyde and formed his own groups: Kat Men and Darrel Higham & The Enforcers. Hell’s Hotel deepens Higham’s own legacy as a solo artist and rockabilly musician, representing a new era for him and a blossoming in his creative output.