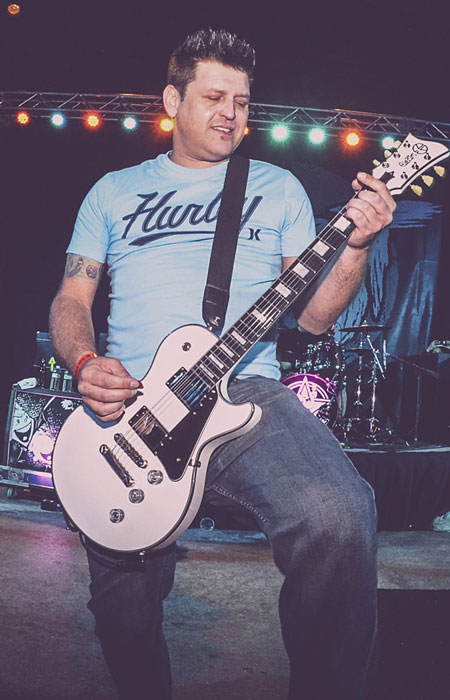 Chris DeMakes has a go at Motley classic (to be fair, it can’t be worse than the version they played themselves in Brum recently)

To say that Chris DeMakes is a secret metalhead is a huge understatement and we have the tracks to prove it. Paper and Plastick have teamed up with Chris for thier Flexi Subscription.

Chris decided to take on Motley Crue and Iron Maiden and cover them like you’ve never heard before.Chris’ track shall be part of our Flexi subscription service and is available to pre-order here, ships early 2016. To celebrate we teamed up with Substream Magazine to bring you the exclusive stream.  GO LISTEN AND LOVE IT.

If you’re a Less Than Jake fan ten you’ll know their love of all things 80’s metal.  As such it will come as no surprise to you that Chris chose to cover Motley Crue and Iron Maiden.  Here is what he had to say:

I was approached by Vinnie and Obi to participate in their Rare Breed series. They played me a few tracks they had with other artists singing. I thought it was great and was immediately intrigued by the idea of doing a few 80’s metal songs retooled into reggae tunes.

After much consideration, I settled on “Home Sweet Home” by Motley Crue. The 80’s metal tunes often get a lot of slack, but when you look past the image of the bands and listen to the melodies with open ears, there’s a lot of good stuff there. When I heard the reggae arrangement, I knew I had made a cool choice.

I’m super excited about this project and am honored I was asked to be a part of it. Can’t wait to share more of these tunes with you!