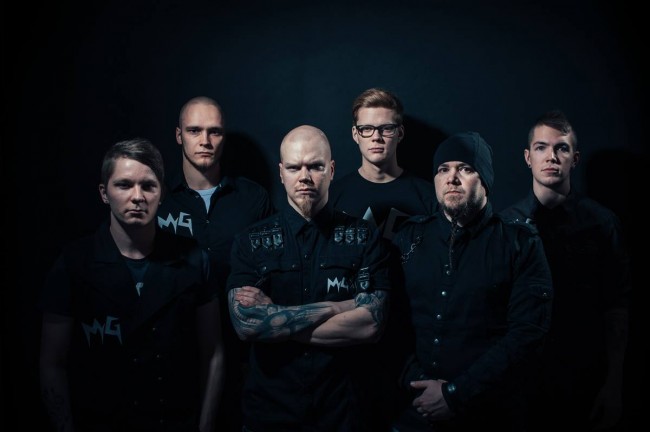 After few years in making, My Grimace from Jyväskylä, Finland is ready to present it’s most powerful weapon yet to be released in the furious battlefield. For the first time in the history of the group, the recorded material has been turned into a full length album. This debut album is known as “Grim Serenades”.

My Grimace lures it’s targets from their shelters giving them a false sense of security. The unsuspecting target will be caught off guard with pants in his ankles by the heavy and aggressive sound. The war horns are left untouched but new back up force is found from keyboards. The war cries continue the aggressive path of the past stories.

The fight from the living space in the world we live in today is brutal but the persistence has been planted deep into the minds of the men and waving a white flag is not an option. The group’s live performance is worth seeing live in order to truly understand what it is capable of in it’s very own battlefield. Chaos is controlled and the grim words are spitted around with no apologies.

“From the deepest cave you hear the grim serenade.”

Grim Serenades is released May 8th by inverse Records.