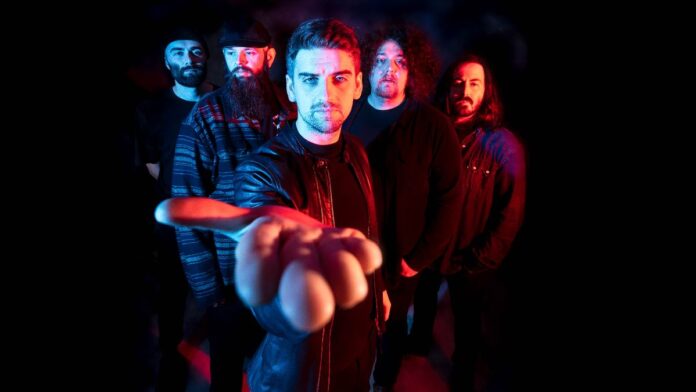 Psych-alt quintet Psyence have revealed the video for their new single, ‘Domino’.

On the new track and music video, the band comment:
“We’ve always wanted to shoot a live performance based video on a rooftop in our hometown, Stoke on Trent, which has such a strong industrial past and is at the centre of the worldwide pottery, coal mining and steel making industries. Some of those structures of a bygone era still exist and are interspersed with newer, lighter industry and service sector buildings. It’s a unique skyline and the eight-story YMCA building provided the perfect spot to shoot the video for ‘Domino’, on a surprisingly sunny but freezing cold winters day. Except the lift wasn’t working so we had to lug all our gear up and down those stairs!”

Psyence began as a collaboration between schoolfriends, all from the working-class background of the Potteries. The band released their debut EP Reality or Design in 2017, and their self-titled debut album in 2019. ‘Cold Blooded Killer’ from their debut album featured in the hit US TV show SEAL Team in 2020. Two new singles were released in 2020, ‘Tusk’, and ‘Retrospect’, which formed part of 2021’s EP release.

Of the new single, the band comment:
“This song is about your patience being tested, like once you’ve been pushed past that certain point there’s just no coming back. Call it a warning shot if you will, don’t f*ck with me.”