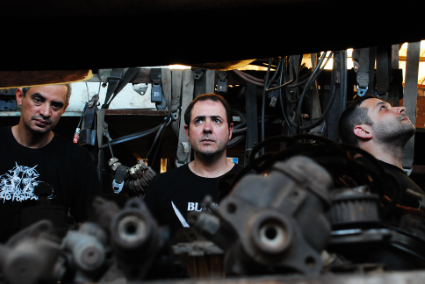 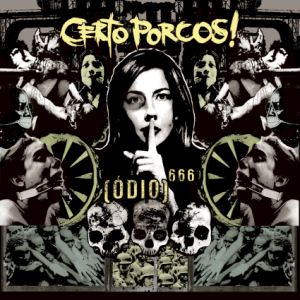 Certo Porcos is one of the most promising new bands of the mythical Brazilian underground scene. Led by Rodrigo M. (Ex-Holocausto), the band’s musical approach is rooted in a mix of War Metal, Punk, and Crust. The band’s politically-charged lyrics offer a discourse on the end of modern society at the hands of a hypocritical, money-grubbing government. This is Brazilian hardcore at its best. The album was produced by Andre Cabelo at the famed Engenho Studios in Belo Horizonte, Brazil. Certo Porcos is for fans of early DRI, Exploited, Holocausto, Colera, and Olho Seco.