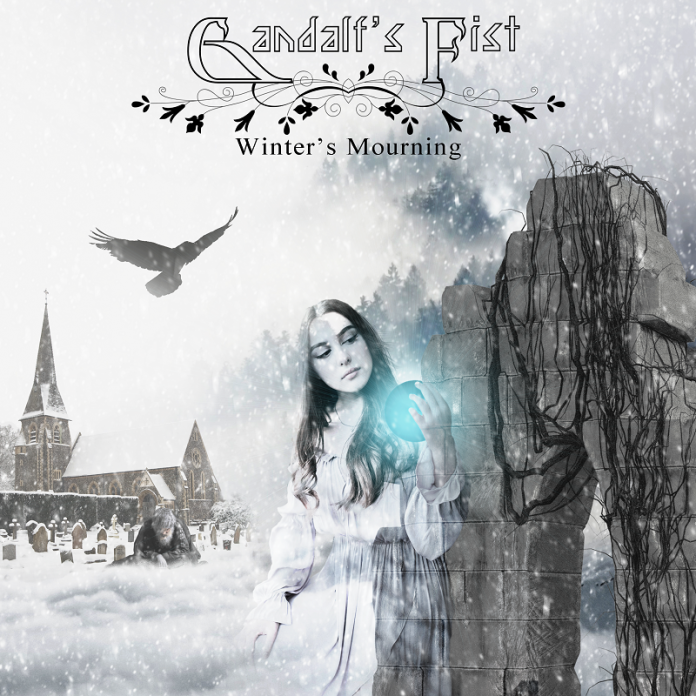 Gandalf’s Fist have announced the promotion of both live session musicians, Ben Bell and Keri Farish, to full band members and a new Christmas single to celebrate the event.

Gandalf’s Fist front man, Dean Marsh, commented: “Working with Ben and Keri has been a blast, they really do bring an extra dimension to the band and it was an absolute no-brainer to finally promote them to full members after they became indispensable to our live performances. Their contribution to the new material, starting with the excellent new track ‘Winter’s Mourning’, has already been phenomenal and I can’t wait to hear what they come up with on our next full length album!”

The new single, the first release by the band as a six-piece, is penned in the style of a Victorian poem, reflecting of the dark and spectral side of the festive season, very much in the vein of Gryphon or Pentangle. Driven by the piano and acoustic guitars, the sound is fresh and bright, yet with dark undertones.

“Winter’s Mourning” will be a digital release, available from 4th December 2017 through all online digital distributors as well as the band’s own Bandcamp and Website store.