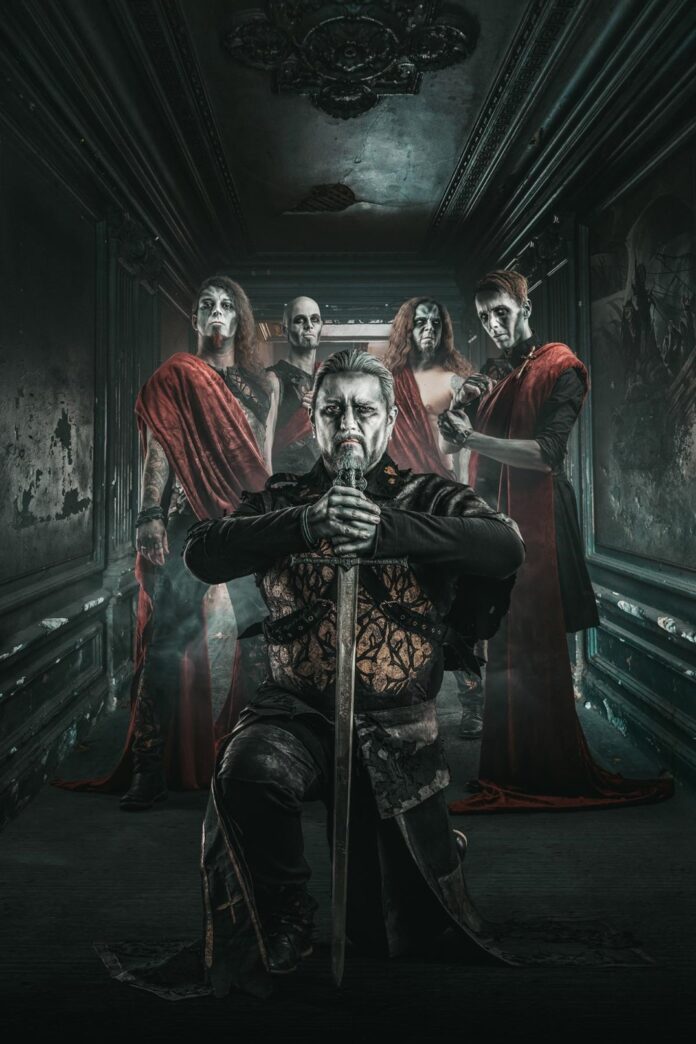 POWERWOLF have announced the release of new album Interludium, set for release on 7th April via Napalm Records.

POWERWOLF are undoubtedly one of the most celebrated and successful heavy metal bands of the last decade. Multiple #1 album chart entries, gold and platinum records, huge sold out arena shows, as well as headline slots at the biggest festivals have paved their way. In less than 20 years of band history, POWERWOLF have made it to the very highest league of heavy metal.

Just in time for the highest Christian holiday, Easter 2023, another highlight of the band’s discography, Interludium, will be released on 7th April, 2023. The new release features six new studio tracks, including the single ‘Sainted By The Storm’ which was already celebrated on the band’s exhilarating Wolfsnächte 2022 headline tour, as well as one of the most intense tracks in the band’s history, ‘My Will Be Done’. Interludium also features gems and rarities from the band’s history such as ‘Midnight Madonna’ or ‘Living On A Nightmare’.

Watch the video to recent single ‘My Will Be Done’ here: https://youtu.be/1H-gjv5UoNs

One day before the release of Interludium, POWERWOLF will celebrate Easter with their devotees at Palladium in Cologne. The album release show will be one of the biggest concerts in the history of the band, and a once in a lifetime experience for each POWERWOLF fan.

Tuesday 29th November will see POWERWOLF headline a sold-out show in London at the prestigious Roundhouse venue, proving the band are one of the most powerful forces in metal today.

Interludium will be available in various formats: