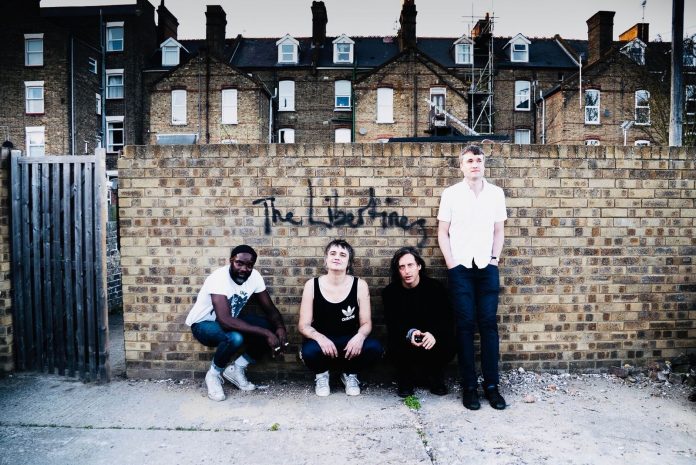 After unprecedented demand The Libertines have added four more shows to their Christmas tour – a second night in Glasgow (8th December),

The Libertines bar ‘The Waste Land’ and recording studio, at‘The Albion Rooms’ in Margate, open on the 16th August. More details on the opening celebrations of the bar and studio to follow shortly.

returned from a sold-out tour of the far East. The Libertines are

currently working on their fourth album, the followup to the No.3 UK charting album ’Anthems For Doomed Youth’ (2015), which spawned the hits

‘Gunga Din,’ ‘Heart Of The Matter’ and ‘You’re My Waterloo.’

The Libertines released their debut single, ‘What A Waster,’ in 2002. A second single ‘Up The Bracket’ was released in September of the same year and hit the UK Top 30 and was followed by their debut album, also entitled ‘Up The Bracket’ (produced by Mick Jones – The Clash). ‘Time For Heroes’ was unveiled in January 2003, followed by ‘Don’t Look Back Into The Sun’ (produced by Bernard Butler). A second album, ‘The

Libertines,’ was released in August 2004 and entered the UK album chart at Number One, spawning the top 10 singles ‘Can’t Stand Me Now’ and ‘What Became Of The Likely Lads.’

Following the release of ‘Anthems For Doomed Youth’ The Libertines played to over a million fans worldwide, including sold out shows at Hyde Park, three nights at Alexandra Palace, seven UK Arena shows, Brixton Academy, The Roundhouse, The Royal Festival Hall, along with headlining Reading, Leeds, Y Not, Victorious, Truck, T In The Park and On BlackHeath Festivals.