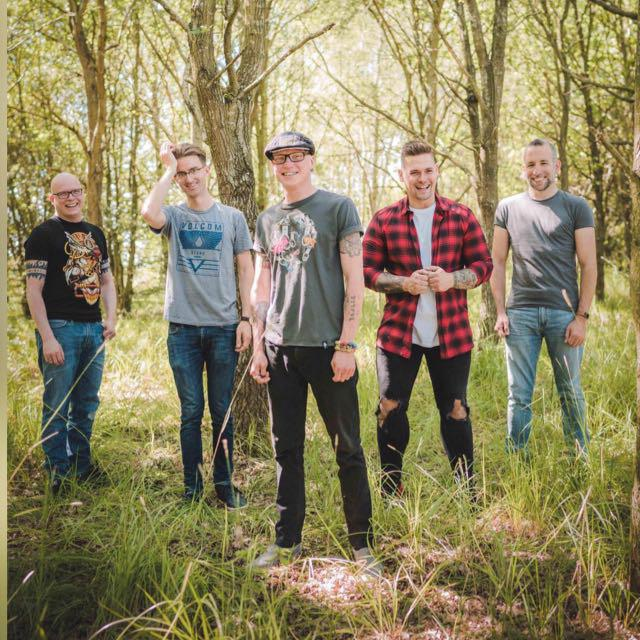 Ahead of the start of their ‘Jumpstart Hope’ tour this September and the release of their brand new single ‘The Next Song’ on Friday 26th July, long-standing British rock icons InMe are thrilled to welcome a new member to the band!

With their seventh studio album ‘Jumpstart Hope’ waiting in the wings for a release in the near future, the band took to social media this week to confirm the arrival of rhythm guitarist John O’Keeffe (formerly of Seventh Shade) to the fold. O’Keeffe will be taking over axe-wielding duties from Dave McPherson, allowing the band’s founding member to channel even more energy into his stunning vocal performance.

For O’Keeffe, the road to joining InMe began a long time ago – when he was 14, to be exact. Inspired by Dave’s musicianship and InMe’s unmistakable sound, O’Keeffe picked up a guitar and began learning to play, jamming along to his favourite InMe tracks. As he grew older, he began to attend InMe’s shows, even dedicating his skin to the band with a tattoo. With time, he became a close friend of the band, eventually joining them as their “merch guy” at live shows.

Dave’s long-standing amateur interest in parkour activities resulted in a broken wrist mid-tour that led to his forced retirement of performing live guitar. O’Keeffe stepped up to save the day,performing alongside the band and enabling the tour to continue – avoiding a number of show cancellations. O’Keeffe’s unshakeable dedication to the mantra “the show must go on” landed him the permanent position as InMe’’s rhythm guitarist.

‘The Next Song’ will release on Friday 26th July. InMe will embark on their ‘Jumpstart Hope’ tour in early September. Tickets can be purchased via this link.

Hailing from Essex, England, InMe have to date released 6 highly successful studio albums, spawning a number of Top 40 UK singles and years of touring and playing great shows and festivals around the UK, Europe and the world.

Over a 20-year career, the band have toured with the likes of Alien Ant Farm, The Rasmus, Nickelback, Limp Bizkit, Pendulum, Deftones, Serj Tankian, Staind, Feeder, Gun and Biffy Clyro as well as numerous major festival appearances including Reading, Download, and Sonisphere.

Following the November release of the single ‘For Something To Happen’, the band ended 2018 with a 9 date UK tour alongside Wheatus and ‘A’ and opened 2019 with a 5 day sold out UK headline tour in January. The band are now set to release their seventh studio album, ‘Jumpstart Hope’, coinciding with a UK headline tour in September.