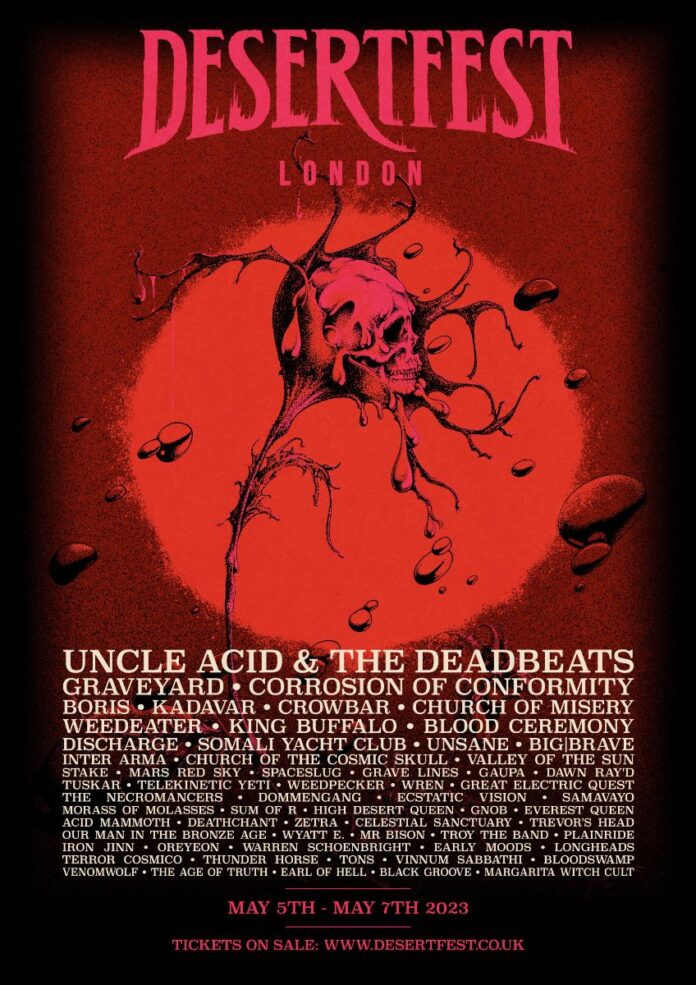 Desertfest London is rounding off the year with an ear-shattering bang, announcing a mammoth 43 artists to their 2023 line-up. Joining the likes of Uncle Acid & The Deadbeats, Graveyard, Kadavar and Church of Misery, the Camden-based festival also welcomes back Corrosion of Conformity as headliners.

Japan’s own avant-garde maestros of down-tuned psychedelia Boris leap over to London alongside the crushingly loud tones of NOLA’s own Crowbar. One of the most exciting bands in recent memory King Buffalo, make their long-awaited debut plus Desertfest favourites, Weedeater are back after five long years of chugging whiskey lord-knows-where.

The pace moves up a notch with New York City’s noise-rock guru’s Unsane and British punk-legends Discharge, all of whom bring a detour from the slow’n’low sounds the festival is best recognised for. Montreal’s Big | Brave will play the festival for the first time showcasing their experimental and minimalist take on the notion of ‘heavy’, whilst the doors to the Church of The Cosmic Skull are open, as they ask Desertfest revellers to join them in a union unlike any other.

Weekend Tickets for Desertfest London 2023 are on-sale now via www.desertfest.co.uk
with more acts still to be announced.

Day splits and day tickets will be on sale from January.