BAND OF THE DAY: PAVÉ 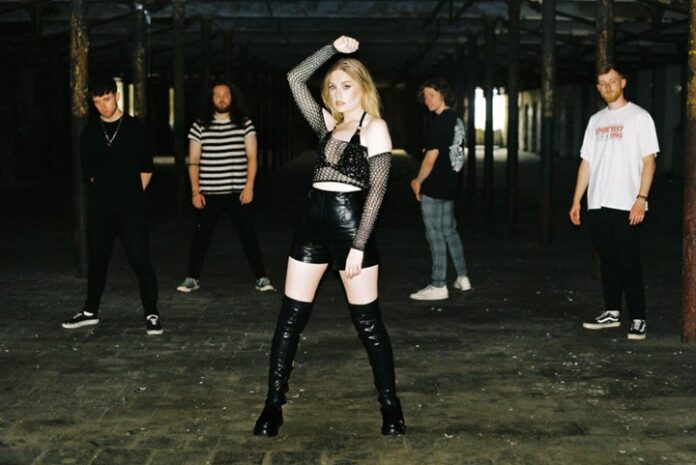 When asked about the meaning behind the upcoming single, PAVÉ shared: “Animal is about loving someone you know is not treating you right but you can’t help but to keep going back time and time again because of the excitement that they bring you.”

With the release of ‘Animal’, they prove once again that they are one of the most exciting genre-defying bands on the rise, whose sound and lyrics are uniquely shaped by their individual life experiences and influences.

The Manchester-based band is made up of Alanya-Jade (Lead vocals), Kevin (Guitarist), Jordi (Guitarist), Jack (Bass) and Ben (Drums). Their energy compares to that of genre-bending misfits such as Yonaka, Nothing But Thieves and Royal Blood.

Whilst the band made their debut onto the scene with a live performance at Manchester’s Gorilla coming just days before the first national lockdown, the band took this time to hone their sound and discover their purpose as a group. Bouncing straight back from restrictions, after selling out their debut Manchester headline show at The Castle and headlining Night And Day Cafe, the bands persistence to make their mark is defiant and unmatched with great success of their debut EP. The concept visual EP garnered consistent support from The MANC, RGM, BBC Introducing and landed them a performance at Academy 3 supporting THE HARA.

With the band’s name, they convey the message that music has no bounds when it comes to expressing what you believe in, Alanya explains, “With connotations to the French Revolution, the word ‘pavé’ defines rebellion, freedom and the right to fight for what you believe in. This is something we want to carry in everything that we put out. Music offers a freedom of speech with no language barrier – it has a hold on the world greater than anything else. To rebel is often seen as a negative action but is in fact the thing that has the capability to change the world we live in. We won’t be defined by where we come from, who we love or what we believe but instead use the above to our advantage as it makes us powerful – we want this to run through our music, shows and community.”