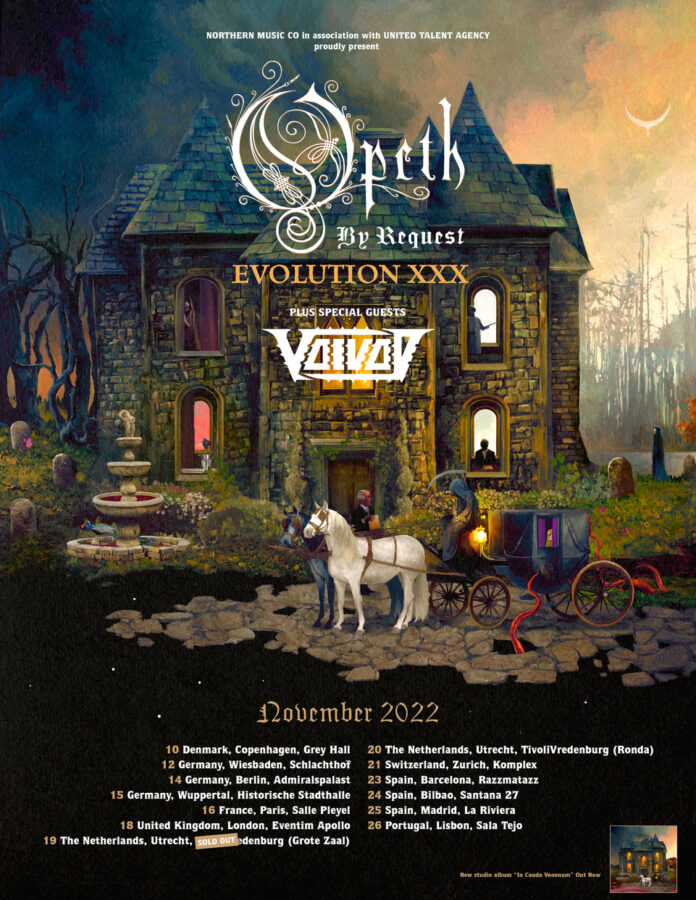 VOIVOD guitarist Daniel “Chewy” Mongrain commented about the tour as follows: “We are very excited to join forces with Opeth on this European tour. Their art inspires and dissolves boundaries on many levels, we are proud to connect and take off on this journey!”.

Here is an exact listing of the upcoming tour dates:

And more live-dates will be announced soon…

Synchro Anarchy was recorded and mixed by Francis Perron at RadicArt Studio in Québec, Canada and mastered by Maor Appelbaum at Maor Appelbaum Mastering in California, U.S.A and produced by VOIVOD. The album features cover artwork by VOIVOD’s Michel “Away” Langevin.

Next to the Jewelcase CD, LP (180g vinyl with A2 poster in several variants) and Digital Album formats, Synchro Anarchy is also available in a Deluxe edition as Ltd. 2CD Mediabook and as Digital Album (2CD), containing the special “Return To Morgöth – Live 2018” bonus disc, which features a full live-show recording of VOIVOD’s 35th Anniversary hometown appearance at the Festival Jonquière En Musique from June 29th, 2018, recorded and mixed by Francis Perron as well as mastered by Yannick St-Amand.

Closing in on 40 eventful years of existence, the band’s 15th (!) studio album Synchro Anarchy, reaffirmed VOIVOD to be one of the most fervently creative bands in the Universe. Synchro Anarchy follows 2018’s highly praised and Juno Award winning The Wake album as well as 2020’s stellar Lost Machine – Live release.