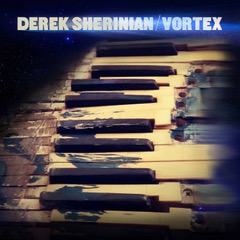 World acclaimed keyboardist Derek Sherinian, (Sons of Apollo, Black Country Communion), one of the most significant keyboard players of the modern era, will be releasing his upcoming new album, ‘Vortex’, on July 1st, 2022 on InsideOutMusic. Returning alongside Sherinian is legendary drummer Simon Phillips, who once again co-wrote and co-produced the album, as well as Tony ‘The Fretless Monster’ Franklin, on bass.

Today, Derek is pleased to release the title track from the album.

Check out “The Vortex” here:

The Vortex is available as: