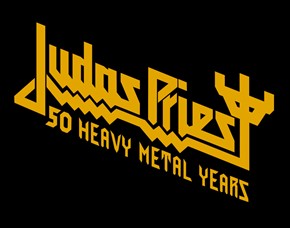 Fresh from promoting the mighty 50 Heavy Metal Years Of Music Box Set, released earlier this month via Sony Music, a new activation for fans has just been announced entitled ‘Judas Priest’s Guide To Heavy Metal’. This brand new interactive web experience in celebration of the box set, sees the band take the audience on a graphic-novel-inspired journey to becoming a true metalhead.

Created by the award-winning creative team at Powster, this activation takes the user through 6 chapters, starting with the story behind the band’s formation, where they were “forged from metal” and went from “living on beans on toast” (- Rob Halford) to unleashing themselves on the world as the founding members of the Heavy Metal genre.

Heavy Metal Gods, Judas Priest have earned their status as one of the most successful bands in music history – thanks to blood, sweat, tears and 50 million record sales worldwide.

Users can discover exclusive video Q&As from Rob Halford and Ian Hill in Chapter 4 of the Guide, looking at the evolution of Metal, their influences and much more.

Chapter 5 sees Richie Faulkner teaching you how to rock like a pro with two bespoke video guitar lessons.

This experience aims to put Judas Priest’s story and of course their music in front of a new audience, who may already be fans of the genre, but want to explore and widen their discovery further, with the chance to delve into albums, playlists and gain a deeper understanding into the wider impact the band had across fashion, culture and more, because after all metal isn’t just about the music, it’s a way of life!

Start your journey now at www.guidetoheavymetal.com/