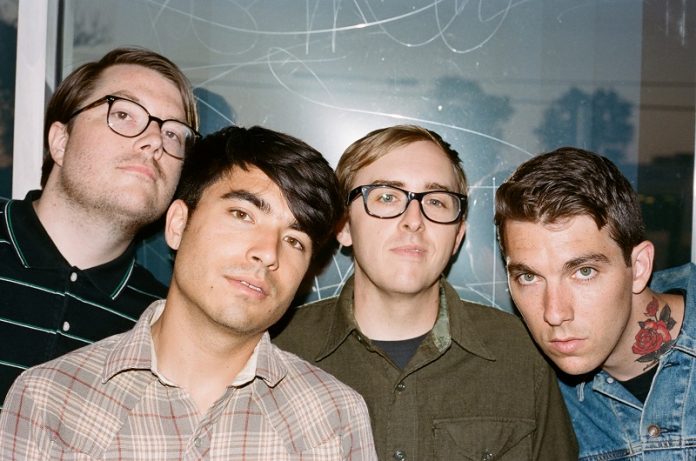 Album just out, here’s a track

Joyce Manor premiere the video for “Last You Heard of Me,” a track appearing on their highly anticipated fourth album Cody, released last Friday.

Directed by Christopher Good (who’s also worked with Okkervil River and Perfume Genius), “Last You Heard of Me” finds the California-based band performing at an ill-fated dinner party complete with roller-skating maids, fire-eaters, dancing skeletons, and a murderous house guest.

On “Last You Heard of Me,” Joyce Manor vocalist/guitarist Barry Johnson, guitarist Chase Knobbe, drummer Jeff Enzor, and bassist Matt Ebert deliver what Spin has praised as a “deeply satisfying bit of pop-punk.” Stereogum hails the track as a “slow-building jam with rhythmic guitar strums and thick, fuzzy layers,” noting that “Joyce Manor have a way of communicating some devastating sentiments with a subtlety that makes for sneaky potency.”

Pre-orders for Cody are available at https://lnk.to/JM_Cody.