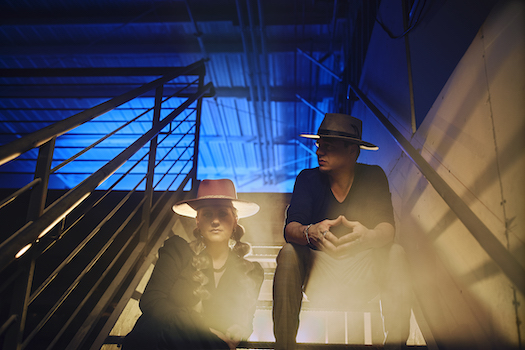 U.S. singer-songwriter duo American Young have announced that they will be making their highly anticipated return to the UK next month with a show in London on Sunday, 29 May (Country In The Afternoon), and in Manchester on Thursday, 2 June (Buckle & Boots Festival).

The duo, Kristy Osmunson and Jon Stone, who have headlined shows in over 20 different countries, released their sophomore album, AYII, via MCC/Curb Records in November 2021. The collection features their new single ‘Country Girls’ which was co-written and co-produced with label-mate, Lee Brice. AYII was crafted in the midst of personal transition and growth for both songwriters, and Osmunson and/or Stone are credited as co-writers on all 11 tracks.

Speaking on their return to the UK, Kristy and Jon said: “We are looking forward to heading to our home away from home in the UK. We have met the most amazing people from all around England. It’s been a couple years since our last visit, so we are bringing new music on our new album to share with everyone!”

American Young dropped their tongue-in-cheek, unique video for ‘Country Girls‘ last month, which has already had over 100,000 views to date.