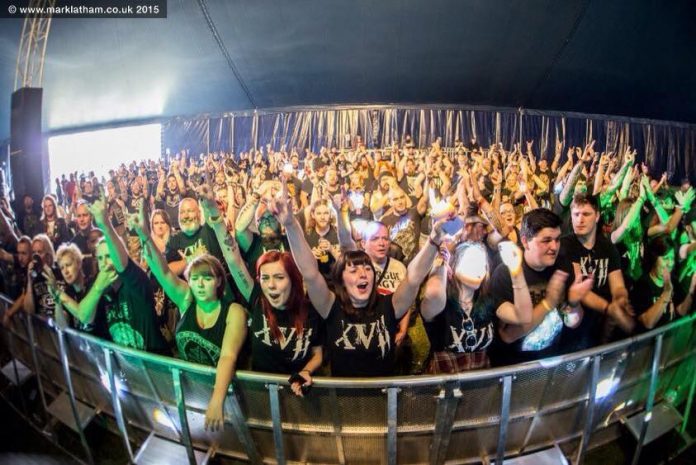 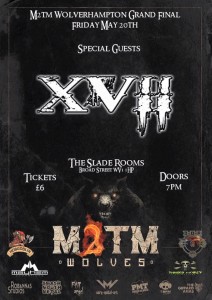 Bearded Monkey & Mayhem Promotions are delighted to announce that XVII will be joining Wolves M2TM final as special guests!

XVII from Kidderminster won Wolverhampton’s M2TM competition last year, they went onto destroy the Hobgoblin New Blood Stage at Bloodstock Festival with a huge crowd supporting them. Since then they have been making a name for themselves as heavyweights on the unsigned scene travelling around the UK promoting the release of their 2015 EP ‘From The Ashes’ most recently the band have been seen supporting Sylosis & Decapitated in Birmingham.

The band said: “Winning this competition last year is something we shall never forget, so to be given the opportunity to play as special guests at this years final is something we are very excited about! “

The Wolves M2TM Final will take place on Friday 20th May at The Slade Rooms. We have Slaughter Horse, Husk – UK Metal & RoninMusicUk plus two more excellent acts competing for coveted slot at Bloodstock Open Air 2016 with Slayer, Mastodon & Twisted Sister confirmed as headliners plus lots of other massive bands.