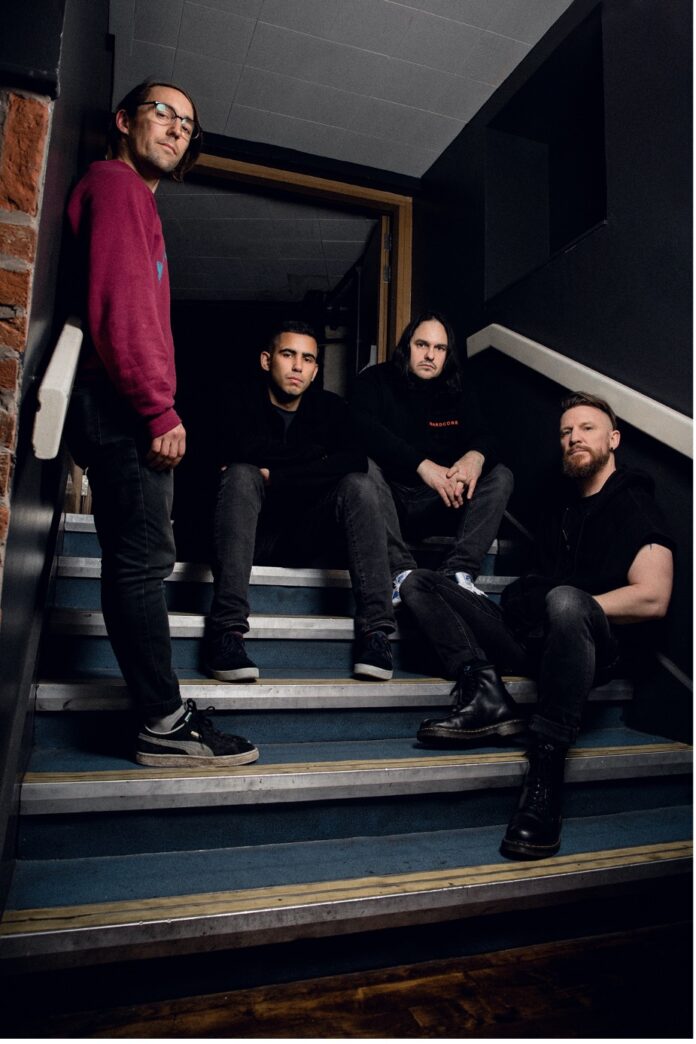 UK four piece rock act Temples On Mars are pleased to announce the release of the second single from their forthcoming studio album. “Daydreamer” follows the release of “Sleepwalking Into Extinction”, released earlier this year, and featuring Josh Freese on drums.

“Daydreamer” is an soaring rock song packing with melody and emotion. Lyrically tackling an issue close to the bands heart the single features a stunning uplifting chorus alongside the driving riffs of the powerful UK fourpiece. The track was produced by Darren Carikas at Ghost Machine Studios. The record was mastered by Ted Jensen (Architects, Bring me the Horizon, Gojira) at Sterling Sound in Nashville. Additional backing vocals provided by the wonderful Kat Marsh (Choir Noir, Cestra).

Temples On Mars say, “We are excited to present to you “Daydreamer” – the second single from our forthcoming album. The song is about being trapped in a cycle of self-destructive behaviour, blaming the big bad world for your problems, and not taking responsibility. You need to make a change because if you keep going down that path it’s only going to end badly.”

The first two singles from the forthcoming album are the first material since the “Parallels V.1” EP that was released in July 2020. The EP saw the band try a few new things and started to develop a darker more electronic side to their sound – which is expanded upon on the forthcoming album.

The band are currently looking at tour dates in early 2023.