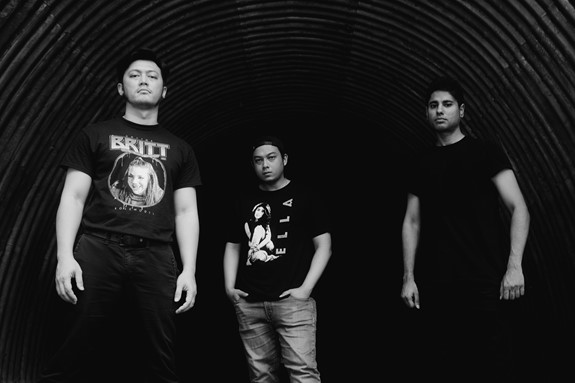 Singaporean grindcore trio WORMROT have returned with news of a brand new studio album, ‘Hiss’, and a punchy music video for the first single, “Behind Closed Doors”.

With almost six years having passed since the band’s previous album, ‘Voices’, WORMROT have endured through a period of burnout, life responsibilities, frontman Arif’s vocal chord damage, and of course the COVID pandemic, coming out the other side with renewed vigour and inspiration.  Likening themselves to an injured snake lying coiled up and dormant, the three-headed beast that is WORMROT is now ready to strike again.

“Behind Closed Doors” is an apt offering for the band’s first taster of ‘Hiss’ – an unapologetic, swift punch to the face of anyone who thought WORMROT was over.  As guitarist Rasyid claims, “This is our fight song.  No nonsense.  Hit hard.”

Alongside their world-class ability to write pummelling grind classics, WORMROT are continuing to push the boundaries of grindcore with ‘Hiss’, incorporating new sounds and fresh textures to create one of the most uniquely impressive offerings the genre has seen.

Frontman Arif has adapted his vocal technique; guitarist Rasyid has experimented with new effects and writing lyrics; and drummer Vijesh has brought in extra percussive elements, whilst the band has also introduced a whole new palette of sounds not often associated with this style of music, including nightmarish strings and expansive avant noise sections courtesy of 18-year old violinist Myra Choo, helping to highlight the wealth of talent in Singaporean/Asian artists.

Featuring stunningly detailed artwork from Jon Chan, ‘Hiss’ is due to be released on July 8th and is one of this year’s must-have titles for all fans of extreme music.  Pre-order the album now on CD, vinyl and cassette tape here.