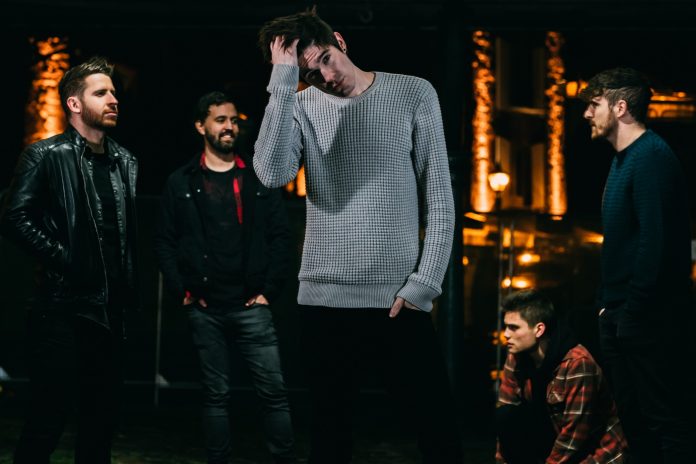 Following on from the success of 2016’s stunning debut EP Beneath the Spinning Lights, WITTERQUICK release their blistering new single, Hiding Place, which is the first in a line of singles to be lifted from the band’s eagerly awaited new EP, out this Summer. Hiding Place will be revealed via BBC Introducing in Devon on Saturday 11th March, and the video for the track will be premiered the following week. The single lands everywhere on Monday 27th March.

Over the last year, energetic alt-rockers Witterquick have swiftly emerged as one of the UK’s hottest new bands, following from the success of their debut EP Beneath the Spinning Lights, which hit the iTunes alt chart at #9 and the iTunes album chart at #35. The EP was released following a sold-out UK tour with Nothing But Thieves, and featured numerous Song of the Week titles from Kate Lawler and Alex Baker (Kerrang!/Virgin Radio), BBC Introducing in Devon, plays from Huw Stephens and BBC Radio1, as well as features in Kerrang! Magazine, Punktastic and TV airplay with Scuzz and Kerrang! TV. Witterquick were also invited to play the BBC Radio 1 academy showcase alongside the Big Weekend in 2016.

The band replaced two members in the latter half of 2016 and now reappear stronger, more confident, and better than ever. The evidence can be heard on the quintet’s new single Hiding Place, which was recorded in Wales with revered producer Romesh Dodangoda (Bring Me the Horizon, Lower Than Atlantis, Twin Atlantic); the track is truly captivating with its measured deft phrasing and infectious refrain.

– ‘Hiding Place’ will be released through all platforms on March 27th –