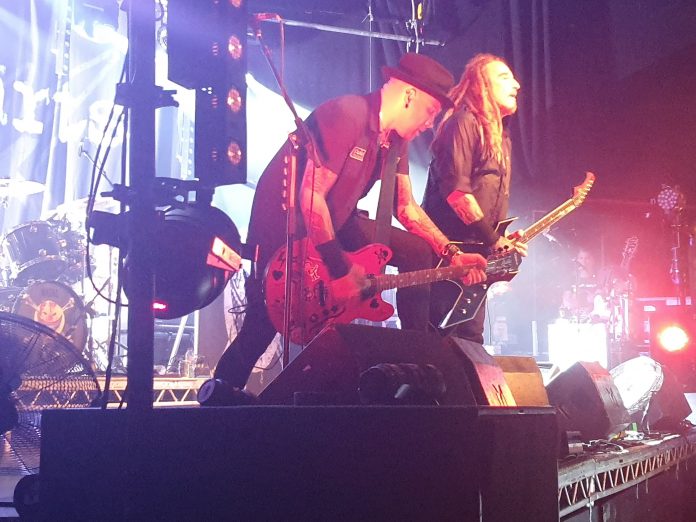 Janus Stark’s return seems to have taken most by surprise. Even Wikipedia refers to them in the past tense, but Gizz Butt and his current troops are very much back and ready for battle again. A set culled mostly from their “Great Adventure Cigar” record, an album that I bought back in 98 because it sounded a bit like The Wildhearts and Three Colours Red. The tracks have stood up surprisingly well. Stuff like “Enemy Lines” and “Panic Attack” is delivered with a different slant these days, whilst a new song “Crucify All The Leaders” shows their relevance in the 21st century. “Floyd (What Are You On?)” is glorious and simplistic, “Barriers” is a precision attack, and if “Every Little Thing Counts” was – and still is- the jewel in the crown, then this is an under the radar return that seems rather more focused than you imagined it might be. 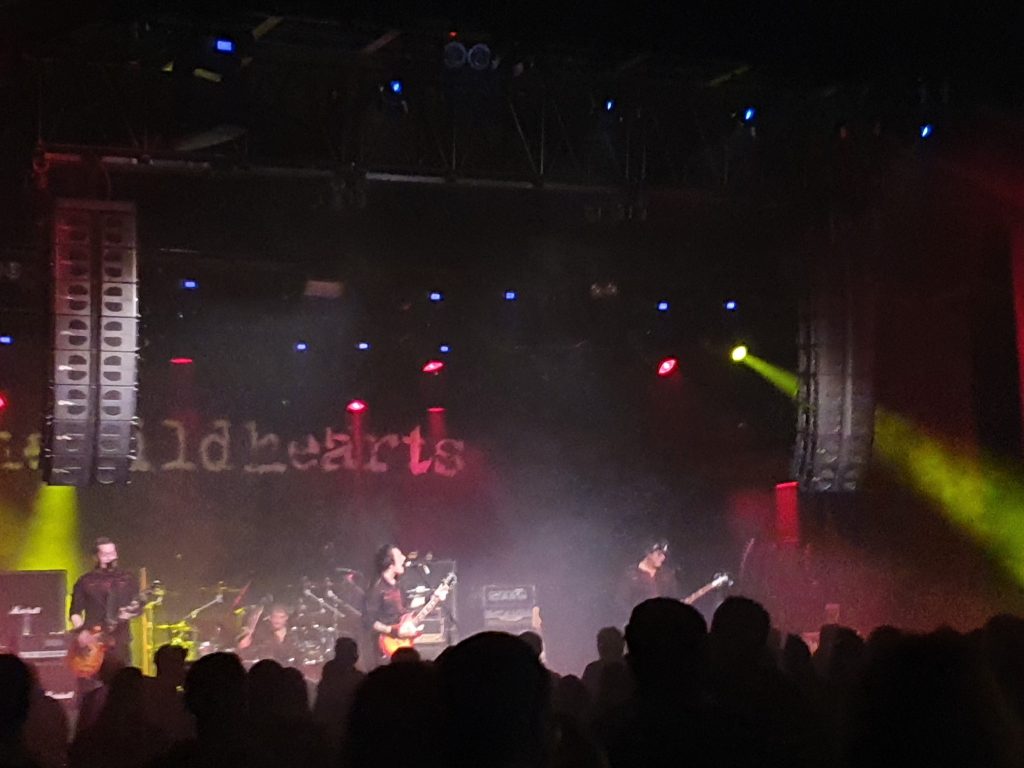 If JS want tips on how to come back then they could do worse than talk to Last Great Dreamers. Former hot tips themselves, of course, they are now well into their second life. With singer Marc Valentine back in-situ tonight (he was missing when we saw them support Enuff Z Nuff last month) the quartet focus on their newer stuff here. “I Think I Like It” is perfect low slung power pop too, and “I Think I Like It” is sprinkled with some sweetners. The singles “Glitterball Apocalypse” and a fast and furious Beatles tinged, “The Way We Collide” would be rapturously received in one of their own shows and “Primitive Man” is a superb song. Probably because this isn’t their own audience I’ve seen the Dreamers go across  better than this, but the insouciant cool of “Dope School” and “Oblivion Kids” both show a band approaching their quarter of a century, but very much looking forward. 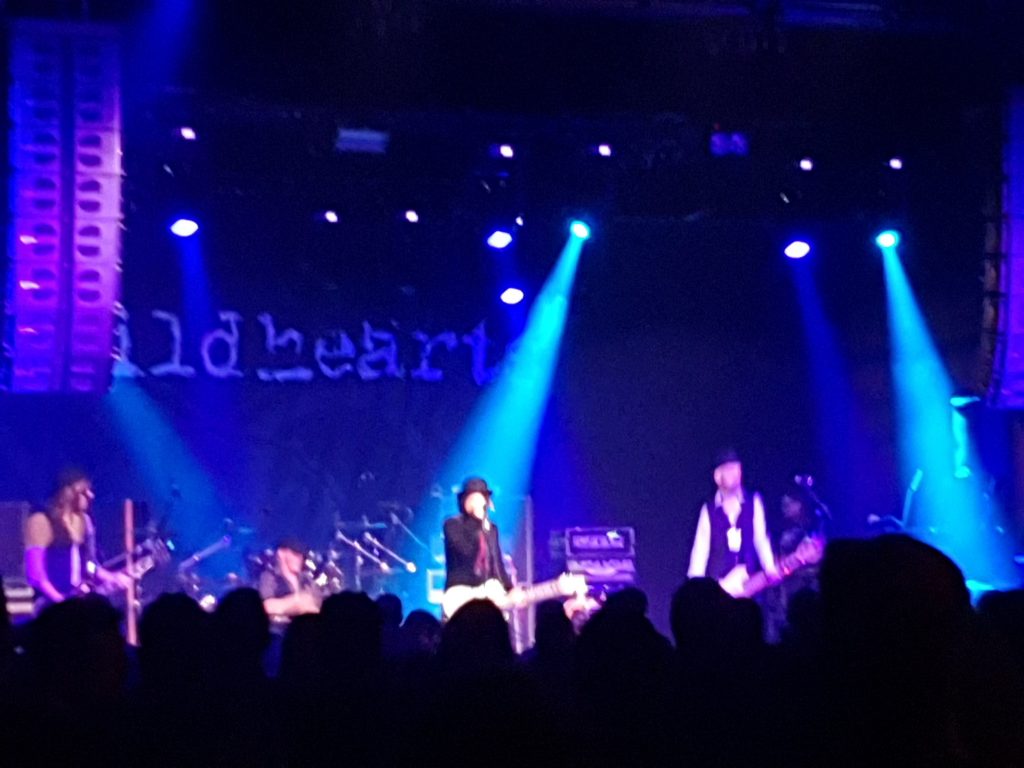 I’ve seen them play it – literally – hundreds of times, but tonight the words to “Vanilla Radio” seem to have more resonance, as The Wildhearts play it.

Seeing the band so many times this year has reaffirmed my belief that this line up of the group produces the greatest music ever made, but it has done more than that.

There was a danger, really, that they became a nostalgia act. Like Elvis in the Vegas years, rather than the Sun Studios period, if you’ll permit me to torture the metaphor, but then, they probably knew that, which is why they stuck two records out this year.

They begin with one that is on both of them. “Diagnosis” has emerged, really, from the pack to get itself in the very top draw, and its status as the lead track on the new EP is well deserved.

I am struck tonight, as I was when I saw the band in Cambridge last week (when for once I didn’t review and just watched my favourite band without making notes….) just how the new music has gone down with the punters. Now, partly this is because it’s superb, but also if I might venture, The Wildhearts audience was ready for fresh material.

There’s plenty of it too. “My Kinda Movie”, “Dislocated” and “Fine Art Of Deception” – the latter established as a particular favourite already – all get an outing, while the older work comes with a few surprises. Notably the brilliant b-side “Mindslide” (a track I don’t think I’d seen them play prior to last week, I stand to be corrected) and the set actually finishes with a b-side, as “Action Panzer” is dusted off and sounds vicious.

In between, of course, there’s a few of the old gems. “I Wanna Go Where The People Go” tossed out early on, “Caffeine Bomb”, “Sick Of Drugs”  amongst others, while “The Revolution Will Be Televised” sounds like a statement in this set and “Red Light, Green Light” is just mighty here.

The encore – which included “Everlone” both times I saw them –  has been different each time. Last week’s “Suckerpunch” and “Luv U Till I Don’t” is replaced by “Anthem” and “29x The Pain”.

Possibly, and at the risk of sounding trite, then maybe they make sense, because, however shit the real one is, they are still in love with the rock n roll world, as it were, and the line in “….Pain” of “I’m up, how could I be down, when I’ve got all my friends around?” might be more literal here than normal.

So, where’s my Elvis? Right here, to be honest. And that’s not just me. That’s for anyone who hates the bland, the tasteless, the vanilla. That’s why The Wildhearts exist.